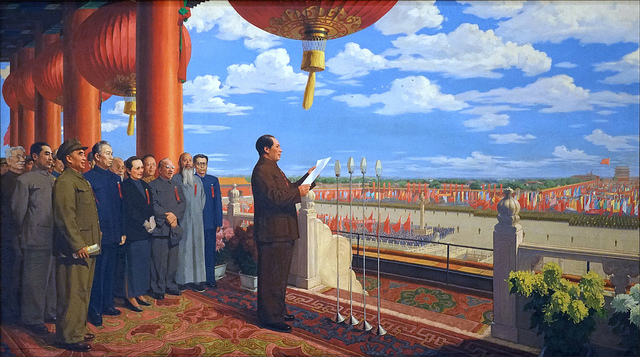 On October 1, 1949 then 56-year-old Mao Zedong stood atop the gate in Tiananmen Square in Beijing and declared that the majority of the people in the country had been liberated, and from henceforth there would be a People’s Republic of China. Mao himself would have only another 27 years to live, but the Republic he founded turned 68 this year. And what an amazing 68 years it has been.

Chinese history is filled with tumult, change and reversal, but no period in its history can rival the rise from war-torn and civil war torn nation to one of the most powerful countries on the planet.

What’s more, it looks like China’s rising arc has far from peaked. Chinese influence has spread globally, and the Belt and Road initiative has scarcely begun. While the Chinese economy has slowed a bit from its go-go years, its embrace of new technologies will keep the country moving forward.

Will the 21st century be the century of China? It seems that is inevitable. Let us know what you think about the future of China.