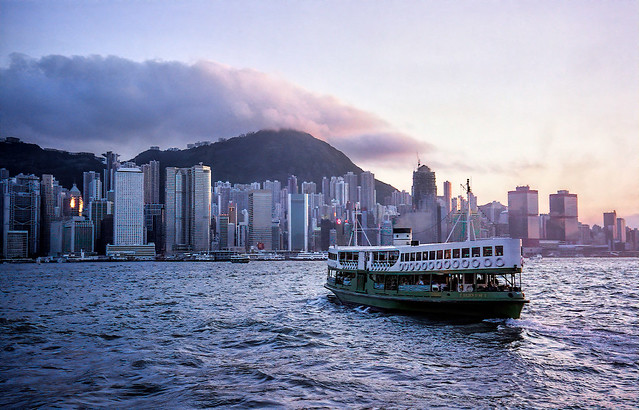 The Goose That Laid the Golden Eggs

A Man and his Wife had the good fortune to possess a Goose which laid a Golden Egg every day. Lucky though they were, they soon began to think they were not getting rich fast enough, and, imagining the bird must be made of gold inside, they decided to kill it in order to secure the whole store of precious metal at once. But when they cut it open they found it was just like any other goose. Thus, they neither got rich all at once, as they had hoped, nor enjoyed any longer the daily addition to their wealth.

Since its return to Chinese rule in 1997, Hong Kong has operated under the “one country, two systems” format.  This has meant that Hong Kong was free to continue its capitalist economic system as well as have independent legal, legislative, and financial sectors. During the 22 years that have followed there have been turbulent times, and clashes between Hong Kongers and the Beijing government, the most famous being the Umbrella Movement in 2014. In the past things have been resolved, not always to everyone’s satisfaction, but resolved nonetheless.

In the summer of 2019 we have seen protests again concerning an extradition bill that would have allowed criminals to be handed over to the Beijing government. After strong opposition from residents the bill was withdrawn by the government of Chief Executive Carrie Lam. Demonstrators were not satisfied with the withdrawal, and have since called for an inquiry into police brutality and also for Lam’s resignation.

Demonstrations have turned increasingly violent with damage to property and disruption of good order and the smooth function of daily life. Protesters have disrupted train traffic and have occupied the international airport. Traffic tunnels have also been blocked and traffic disrupted.

Today’s question is simple: How long will Beijing allow this to go on?

There are many reasons why Beijing may NOT intervene, mostly having to do with its soft power image, and its hopes of luring Taiwan back into the fold rather than using force. Also, the central government would have to “occupy” Hong Kong, and perhaps face an insurgency like that in Iraq after the American invasion.

On the other hand, the protests continue to escalate in terms of violence and show no sign of abating. The government in Beijing cannot be seen as letting anarchy prevail. Many say Beijing will not step in. However, for the PRC, it is a “lose-lose” situation since both action and inaction have negative consequences.

So what are your thoughts on this matter? Is post-1997 Hong Kong soon to be a memory? Has the “one country two systems” format failed in Hong Kong? Are protesters killing the Golden Goose that is Hong Kong? Please let us know your opinion.