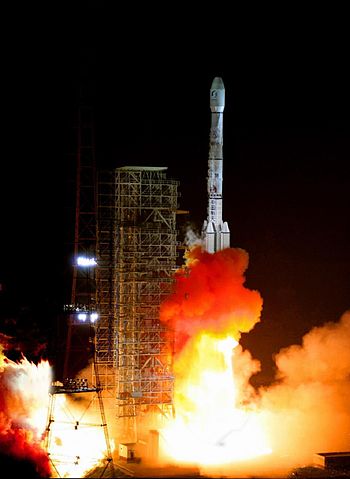 Although China’s space program started in the early 1970s, it was not until 2003 with the launch and recovery of Commander Yang Liwei’s capsule that China entered the manned space age. Soon after, using the powerful Long March 3B launch vehicle, China’s lunar program was off the ground. Starting with Chang’e1 in 2007, and preparing to launch the Chang’e5 in 2019, China made a series of successful sorties to the lunar surface. Chang’e5 is the most ambitious, featuring a planned collecting of minerals phase followed by an exfil and docking phase and completed by a return-to-Earth phase.

Over the years, the Chinese National Space Agency (CNSA) has also chalked up its first space walk, the deployment of its first space station and the soft landing of a rover vehicle on the far side of the Moon. On the drawing board are Chang’e6 and Chang’e7 missions and the planning and development of the Tiangong III space station by 2022 or 2023. Sometime in the 2030s a manned lunar mission is planned. And, of course, all space-venturing nations including China have their eyes on Mars exploration and landing.

These days, oftentimes politics, and generally the minutiae of politics, takes up the bulk of media attention. Yet for humankind what is of real importance is that we, as a species, go forth and explore our galaxy and beyond. Space activities of all kinds should get major media attention and school children should view scientists and taikonauts or astronauts as the real heroes. Some day, petty politics will be put aside and China and the other space nations will go forth united. That is a very bright future that the Chinese and the world can hope for in the next 70 years.