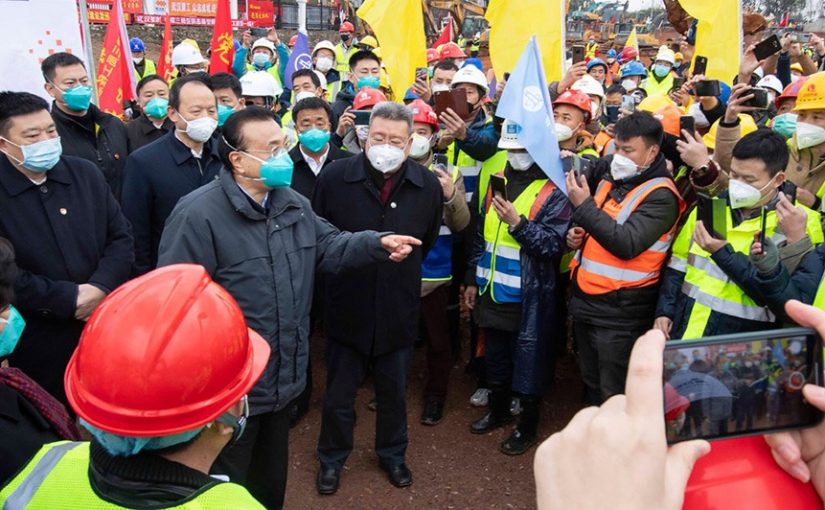 China’s Premier Li Keqiang has been front and center of late due to his responsibility for directing efforts to control the deadly coronavirus that originated in Wuhan in China’s Hubei province. Li’s message to Wuhan, to China and the world is that the country will fully support Wuhan with the necessary materials and staff to battle the virus. The crisis is ongoing, but Li being in charge sends a message that the central government has given this situation its full attention.

Premier Li was born on 1 July 1955 in Anhui province and grew up during the time of the Cultural Revolution (1966-1976). Li earned a law degree from Peking University and later a Ph.D. in economics.

He became a member of the CPC and rose through its ranks. He began as a member of the Communist Youth league and became governor of Henan province and party secretary of Liaoning. Li Keqiang served as vice premier from 2008-2013 and has been premier since 15 March 2013, and was re-elected on 18 March 2018.

Once premier, he began making his presence on the world stage. One of his first platforms was the World Economic Forum in 2010. In July 2019 he was again at the “Summer Davos” event in Dalian where he emphasized the benefits of globalization the interdependence of the global economy where he stated:

” We now live in a world of profound economic interdependence.”

He added: “Openness, inclusiveness and win-win cooperation are the sure way to lasting prosperity of the world economy.”

Premier’s Li’s speech contained strong praise for free trade and the necessity of taking robust measures to deal with climate change. Such positions are in stark contrast to the “America First” policy of the Trump administration and its climate change denial as witnessed by its withdrawal from the Paris  Agreement on climate change.

Premier Li has his work cut out for him when dealing with the coronavirus outbreak, but it is clear that the Chinese government’s response in spearheaded by a capable and dedicated leader who will bring his influence and experience to create the best possible outcome for China and for the world.