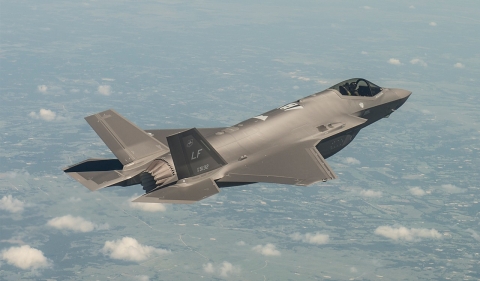 On January 20, 2020 the United States government approved the sale of 12 F-35B Joint Strike Fighters to the Republic of Singapore. Singapore will pay an estimated $US2.7 billion for the package that includes not only the aircraft but also a training, maintenance and support package to keep the planes flying for their full service life.

Singapore is the 12th country to sign on to the F-35 program. 10 NATO countries which now includes Poland are onboard. The UK, Israel, and the US are major F-35 users and each has a mix of F-35 variants. The standard version of the F-35 is the F-35A. Next comes the F-35B which features short takeoff (550ft) and vertical landing. The F-35B is the version bought by Singapore. Finally there is the F-35C that has a wider wingspan and is designed for maritime use on carriers or other vessels.

The F-35 system has much to recommend it including its important function of collecting and sharing information in a combat situation. With its stealth capabilities it can operate forward and share information to other F-35s or to cooperating air assets, for example to F-15s and F-16s in the case of Singapore. The F-35 system features a lethal mix of weapons including missiles, bombs and cannon. Moreover, the choice of the F-35B means that Singapore can get maximum use of its available and shrinking military land allocation.

The F-35 has not been without its critics and its setbacks. It was far over budget and has remained so, and now certain systems in the F-35A mainstream need modification including software and internal canon systems that have reported gun mount problems and accuracy on target problems. The manufacturer says such problems are normal and are being corrected. Buyers must believe these reassurances, as sales are steady and ongoing.

Singapore’s choice to buy the F-35B will not only protect its own sovereignty, but also give it the inter-operability capabilities to work in a coalition of nations including the US, UK, Australia, Japan and Korea. Going forward for the next several decades the F-35 will be the go-to hi-tech response to hostile threats and changing situations not just in Singapore’s backyard, but around the world.