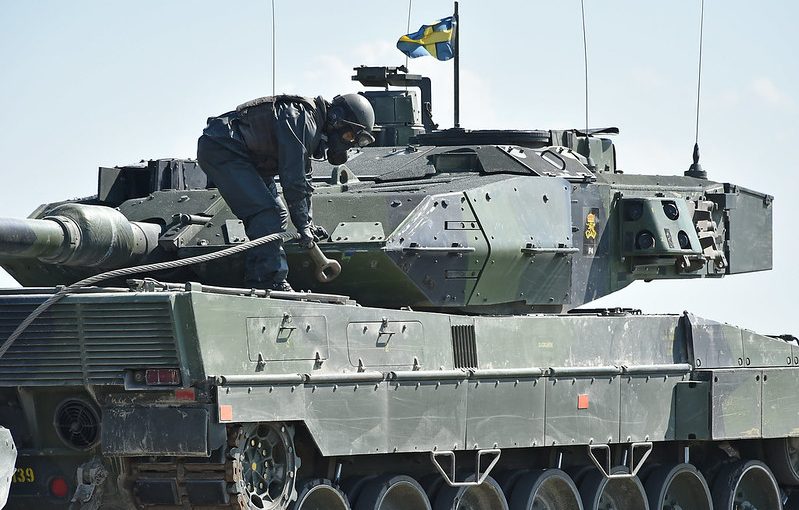 When we think of warlike or warrior cultures, Sweden is normally not anywhere near the top of the list. In fact the last time Sweden went to war was in 1814, two years after the US fought its second war with Great Britain, and one year before Napoleon was defeated at Waterloo in 1815. Since then, Sweden has been at peace and neutral and is better known for its Volvo cars, Saab jets, welfare state, and unique cuisine than its military prowess. In fact, after the Soviet Union collapsed, Sweden effectively demilitarized, shutting down bases and disbanding regiments.

Times have changed however. In 2018 Sweden reinstated compulsory military service for both men and women. Moreover, in 2020, Sweden approved a whopping 50% increase in its military budget for the period 2021-2025 in the amount of SEK27 billion (USD$3 billion+). What’s more troop strength is projected to take a jump from 60,000 to 90,000.

Along with this Sweden is in the process of re-establishing 5 military regiments and re-militarizing the island of Gotland strategically located at the confluence of the Gulf of Bothnia, the Gulf of Finland, and the Baltic Sea. Gotland is about 200 miles (320KM+) from Russia’s Kaliningrad base on the Baltic, and could be thought of as a first line of defense for the protection of Stockholm.

Several factors seem to pushing Sweden to upgrade its military posture. Many analysts suggest that Russia’s 2014 annexation of Crimea and weapons export to Ukraine have caused the Swedes to re-think and re-invigorate their own defense.

Perhaps another and more important factor was in play contributing to their decision, and this is a worldwide interest in the High North or Arctic region of our planet.

Global warming has resulted in the melting of the northern ice making passage across the top of the world more economically feasible. Add to this the melting of the permafrost, and valuable mineral and fishing resources now become accessible to non-Scandinavian countries.

China has been doing extensive research in the High North and this research is viewed as a “foot in the door” for the Chinese military, i.e. that scientific research could also have military applications. China also sees the Arctic as a key ingredient in its Belt and Road scheme. Chinese interest and participation in the region will certainly increase in the coming decades.

While Sweden (and Finland) is not a member of NATO it participates in NATO activities. It is a member of NORDEFCO, or Nordic Defense Cooperation along with Denmark, Finland, Iceland, and Norway. The organization’s goal is to promote solutions and military cooperation among members. In September 2020 Sweden, Norway, and Finland signed a letter of intent to promote even greater military cooperation among the three nations.

So Sweden has a double track approach to its defense: to cooperate actively with its Nordic neighbors and to beef up its own defense capabilities. It is unlikely that Sweden will become a military power, or even a regional one, but it is clearly taking steps to protect its sovereignty in a time of heightened interest in the High North, and to work with its neighbors to ensure the safety of their neighborhood.