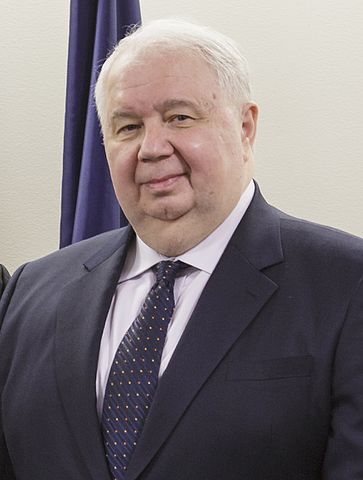 Is Russia’s ambassador to the United States a hard-working diplomat serving his country, and whose conduct is beyond reproach, or is he a real-life version of Russia’s top spy and George Smiley’s nemesis, Karla, in the John Le Carre novels? Well, it depends on to whom you listen.

A bit of background. Sergey Ivanovich Kislyak is a career diplomat who has held a variety of postings within Russia’s Foreign Ministry in his 40 year diplomatic career. Besides working in various jobs related to scientific cooperation, he has been ambassador to Belgium, representative to NATO and First Secretary at the Russian Embassy in Washington. Since 2008 he has been the ambassador.

What has brought Kislyak’s name to the fore is his contact with members of the Trump team before and after the election of 2016. His repeated phone conversations with Trump’s short-lived National Security Advisor Michael Flynn cost Flynn his job. Now there is a furor over contacts between not only Attorney General Jeff Sessions, but also other members of the team. Trump’s favorable remarks about Russian President Vladimir Putin have also opened him to charges of being soft on Russia.

Jumping into the fray, CNN has quoted intelligence officials as labeling Kislyak as Russia’s top spy in the US.

The Russians have reacted with anger and distain at these charges. On March 3, CNN reported that Russian Foreign Minister Sergey Lavrov, speaking at a press conference in Moscow said regarding Kislyak and his contacts:

“The ambassadors are appointed in order to maintain relationships,”

“They are maintained by holding meetings, talks and establishing contacts with officials from both executive and legislative branches of power. I can only quote what the media said today – this all looks like a witch hunt.”

Two days later, on March 5, Nicholas Burns, Harvard Professor and former ambassador to NATO who had worked opposite Kislyak, appeared on CNN where he had some hard words about Kislyak and the Russians.

“He is no friend of the United States.”

He described the ambassador as intelligent and professional, but added:

“The Russians are trying to defeat the United State.”

Burns ended by saying the whole problem was caused by Trump’s soft policy on Russia and added that the US does not need Russia to defeat ISIS (Daesh).

So, which hat does Mr. Kislyak wear–diplomat, spy, or both? Please let us know your thoughts on this.