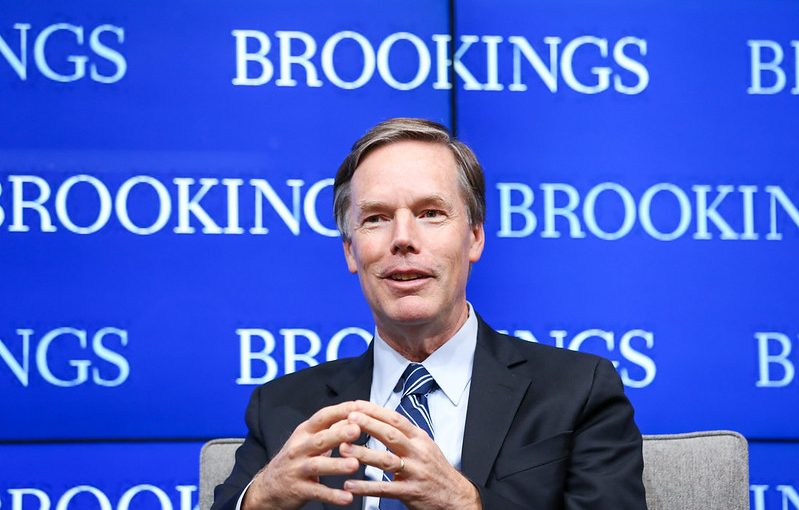 In the realm of US politics, the post of ambassador is often a political plum given to a supporter of the incoming president for services rendered. This can often be in the form of financial support for the successful candidate. Many times such people have no international experience or no experience related to the work of diplomacy. There is a difference between the political appointee and a professional in the diplomatic field.

From a quick survey of Biden’s first choices for ambassadorial posts, it is clear the administration has chosen to send professionals to US embassies around the world. Case in point: the next US Ambassador to The People’s Republic of China, R. Nicholas Burns, a consummate professional. Should he be confirmed, Burns will be one of the most experienced US diplomats to ever take up the post in Beijing.

One of the first assignments in his long diplomatic service was in the 1980s when he was Staff Assistant in Cairo, then Political Officer in Jerusalem. He then served as Director of Russian Affairs under President George H.W. Bush. In 1995 he was on the National Security staff at the White House. From 1997-2001 he was ambassador to Greece, and after that, ambassador to NATO.

In 2008 Nicholas Burns retired from the State Department and took up teaching diplomacy and American foreign policy at Harvard University. In 2016 he was an advisor to candidate Hillary Clinton, and in 2020 to Vice President Biden.

In a February 4, 2021 interview with CNN’s Becky Anderson, Ambassador Burns said regarding China:

” I think it’s the most important and most challenging relationship that the United States has in the world today because China is a near-peer competitor with us….Things have really changed quite dramatically changed over the last 4-5 years.”

Later in the interview Ambassador Burns laid out the US position on China as he saw it to include such items as:

He went on to say the President Biden’s speech the previous day was:

“…A Major change from the foreign policy of Donald Trump and a big vote of confidence in our diplomats…and a vote for, that diplomacy should really be the first instrument of American foreign policy. “

America’s “new” China policy is taking shape with not only a change in tone, but also with clearly-defined goals and lead by qualified ambassadors the likes of R. Nicholas Burns, seasoned diplomat and professional.