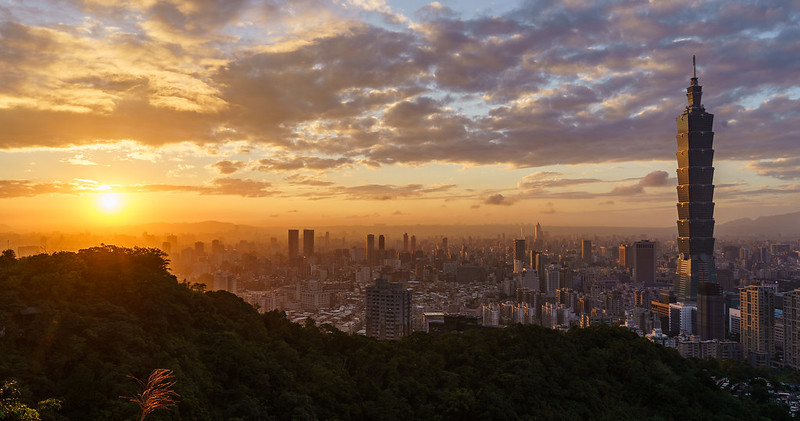 Well 2020 is rapidly winding down; just about a month or so to go, and the Year of the Rat will be gone. The truth be told, not many people will miss this year, or remember it fondly due to its association with the COVID-19 pandemic.

When it comes to relations between Beijing and Taipei, there hasn’t been a lot of movement during the past 11 months. Probably the biggest happenings this year has been the visit of high-level US officials following the passage of the Taiwan Relations Act by the US congress, and continuing US arms sales to Taiwan.

The biggest “win” for President Tsai Ing-wen has been warming relations with the United States under the Trump administration. And while the US has never said that it will come to the aid of Taiwan if attacked by the PRC, it says that the matter is of grave interest.

Beijing has its red line, and that means anything to do with Taiwan independence is seen as crossing that line. President Tsai and her party have ventured close to the line but have not come close to crossing it. Beijing for its part has never denied that military action to rejoin Taiwan is one of its options.

So a stalemate persists. With the Democratic Progressive Party in power it looks like there will be no closer relations with Beijing. Should the Kuomintang again gain power, then a warming of relations could be expected to take place.

What is troubling is that Beijing and Taipei see no creative way to solve their differences. Beijing’s only attempt at a nuanced solution was to suggest a One Country-Two Systems solution such as that under which Hong Kong is now governed. This has been soundly rejected by Taipei in light of what it considers Beijing’s lack of good faith as witnessed by the events in Hong Kong.

So stalemate. It appears that neither Hong Kong nor Taipei sees any advantage to a closer relationship with Beijing. Beijing has nothing to offer them that they don’t already have. In the distant past the high culture of China was indeed attractive to people in the neighborhood who copied Chinese culture and aspired to that which China could offer.

So what would create a “willing” closer affiliation with the mainland? At present, nothing. What then is the solution? Maybe in the current way of thinking there simply isn’t one. Beijing seems to have only one strategy: Join us or else. There could, perhaps, be a more nuanced way to approach the problem. Taiwan is part of China, but what does “China” mean?

Is there no possibility for a “federation” of China, or a “commonwealth” of China?A “commonwealth” or “federation” of China could relieve Beijing of three of its headaches and its negative perception by the rest of the world. A commonwealth of China could solve not only the Taiwan question, but also the question of Tibet and of the Uighurs in Xinjiang. A indefinite continuation of the One-Country Two Systems in Hong Kong could keep tensions low there as well.

There is an old saying to the effect that if the only tool you have is a hammer, everything looks like a nail. Right now, Beijing seems to have a hammer mentality with regard to Taiwan. Having only one solution is a sure way to a lack of progress and stalemate, which is what is taking place now. Classical Chinese culture shows us a mastery of nuance and subtlety in thought and expression. Perhaps it is time to draw on this ancient wisdom to create some workable answers to the Taiwan question.