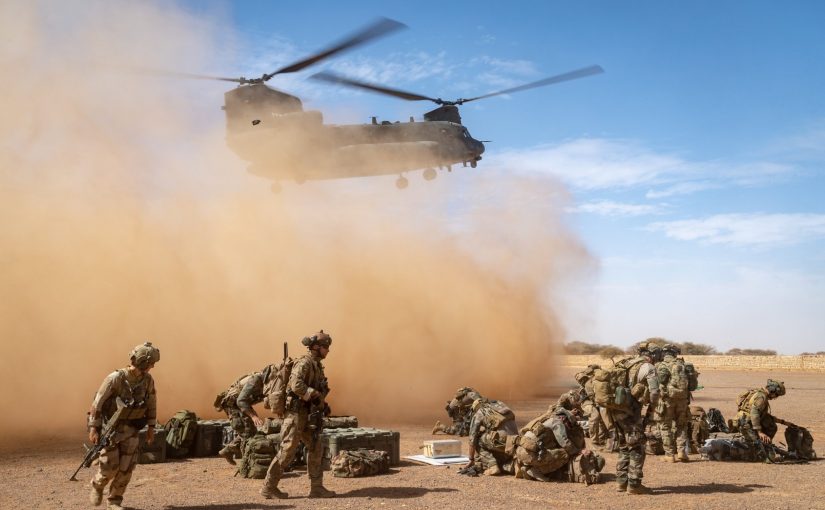 Since 2014 France has had a military presence in Africa’s Sahel named operation Barkhane. Africa’s Sahel region lies between the sands of the Sahara and the jungle of the savannah and is made up of several countries includes Mauritania, Mali, Niger Burkina Faso, and Chad.

The purpose of operation Barkhane is counter-insurgency, or the suppression of a whole range of Islamic fundamentalists of different stripes. Forces arrayed against the insurgents include:

Anti-government and Islamist forces include a wide spectrum of organizations including:

Fighting has taken its toll on French forces and particularly on the UN’s MINUSA which suffered a reported 200 casualties already. Some high profile Islamist figures have been targeted and eliminated, but the insurgents are by no means finished.

President Macron of France has an unpopular war on his hands with only about 50% support or less at home. In addition, the French are portrayed as neo-colonialists by their many in the region. It seems Macron is trying to energize the G5 Sahel countries to take responsibility for their own security with mixed results.

Recent history has shown clearly what happens when the Islamic State takes power and the misery and suffering it inflicts up its unwilling “citizens.” So were France and the other coalition partners to withdraw, lawlessness would unfold followed by the establishment of the most repressive of regimes if what we have seen when IS held power in the recent past.

Another factor is that Metropolitan France is not that far away, and political chaos and widespread repression by IS would trigger not only mass migration but also the possibility of attacks both on France and other EU states as well by emboldened militants from the Sahel.

History shows us very few examples of where insurgent forces were eliminated or rendered harmless. The question then is what can be done? Would a giant United Nations presence be the answer, allowing France to withdraw? Could the G5 Sahel become efficient enough themselves to handle the situation?

It could be said that France is riding on the back of a tiger with only two choices, to continue to ride, or to get off and face the consequences. There are no easy solutions in the Sahel in 2021, only difficult and complex problems and questions.

Let us know your thoughts on this.