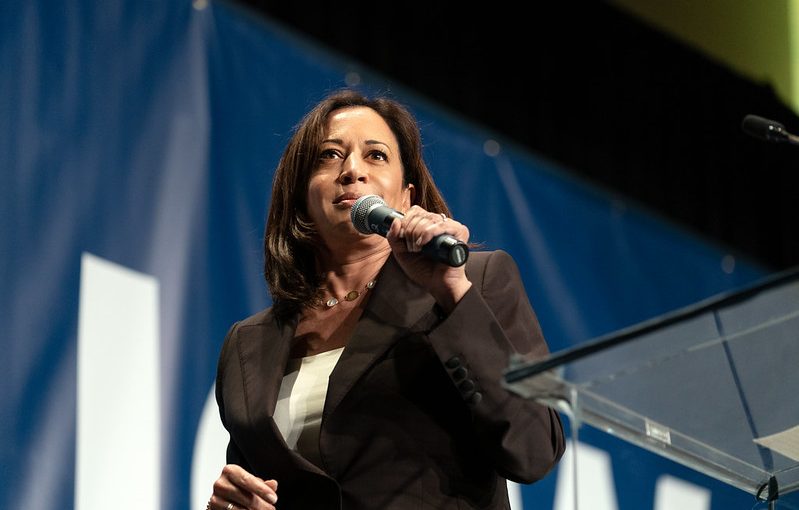 On December 3, 2019 Senator Kamala Harris dropped out of the US 2020 presidential race. Funding and low polling and organizational problems were the reasons given for this. Harris had put up a good showing, and 2020 was over for her. Or was it? Or is it?

The race for the 2020 Democratic nomination saw the fortunes of former Vice President Joe Biden take a nosedive in the early days, and then come back strong after South Carolina. From former frontrunner to frontrunner again, Biden was back! And his momentum has been carrying him forward ever since.

Biden’s rivals, like Kamala herself in December, have been dropping out of the race lately. Mayor Pete Buttigieg, Senator Elizabeth Warren, Senator Amy Klobuchar are all gone, and soon it looks like Bernie Sanders will see the handwriting on the wall. Where does this leave Senator Kamala Harris? It leaves her as a top contender for Biden’s running mate as vice presidential candidate.

Harris as a prime choice for VP makes an awful lot of sense. She is smart and talented and has real government experience. Before she was a senator from California she was the state’s attorney general, i.e. the head of the state’s legal system. Before that she was a tough prosecutor.

Candidate Harris had a healthcare reform plan in place, had a record of being tough on crime was for sensible immigration but against Trump’s wall and wanted to lower middle class taxes. Nothing radical here. And that is just one thing to recommend her: her agenda was Democratic, but nothing radical.

What VP Biden brings to the 2020 race is “electability” and that is something the Senator Bernie Sanders lacks. The mainstream US media seems determined by sheer force of will to deprive Biden of the concept of “electability.” However the Democratic voters by choosing Biden over Sanders are joining the Biden camp and not the Sanders camp. It is as if the American people, if not the media, realize the absolute importance of electing a Democrat and ending the disastrous presidency of Donald Trump.

And that is why Biden is leading. Now, how does Kamala Harris figure in to all this?

Vice President Biden has two “musts.” He must show himself to be the embodiment of electability and he must unite the Democratic Party. Biden could easily do this with Kamala Harris as his running mate. While there is much excitement among the older generation over Biden, Harris would bring in women, young people, blacks and Latinos, and former Berni and Elizabeth and Pete supporters.

Will this come to pass? The odds are heavily in favor of Harris, but nothing is decided yet. Whether VP Biden has made his decision or not we don’t know. We will just have to wait and see, but one way or another Kamala Harris will be playing on the bigger stage for a long time to come.