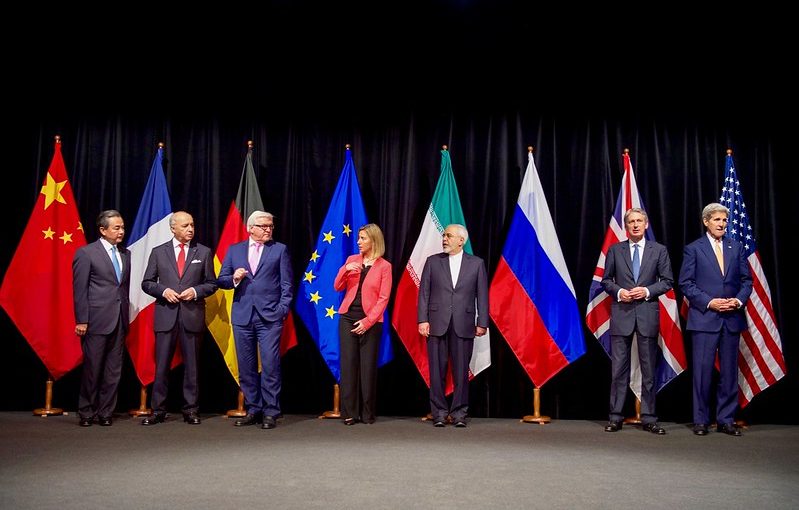 After years of negotiation, on 15 July 2015 the JCPOA or “Iran Deal” was signed. The substance was that in exchange for curbing its nuclear program and allowing extensive inspection sanctions against the Islamic Republic would be lifted, funds released and trade normalized.

The parties to the agreement included:

Trump’s problem with the agreement was that it did not cover Iran’s missile programs or its support of proxy actors in the region. Despite that that had never been part of the agreement, Trump balked at re-signing and withdrew the US from the JCPOA. Ironically, it was Iran hardliners who were happy with this since they didn’t like the deal any more that Trump and his closest allies.

Since the US withdrawal France, Germany and the UK have tried to keep the agreement afloat. The Europeans even created a barter system for food and medicine named INSTEX, but the US threatened to sanction anyone participating in the program.

In the face of continuing and crippling sanctions Iran returned to uranium enrichment. In early January 2020, the EU leaders held an emergency meeting to urge Iran to stick with the deal and cease enrichment. Iran has not complied, but neither have they ejected nuclear inspectors from the west.

US sanctions are heavy and crippling and are damaging an already ill Iranian economy. So far, it seems that sanctions have not done much to curb Iran’s support of its proxies in the region. One approach to diplomacy and life is if something is not working, do more of it. This seems to be the Trump administration’s policy with regard to Iran.

Even if the Europeans do not abandon the agreement, as Mr. Trump wants, the agreement might simply dissolve in the face of continued US pressure on Iran and the other signers. The Iranians see no need to re-negotiate, and would lose considerable face if they did so. And the US seems to see no need to get another deal anytime soon.

The 2015 agreement may have been flawed, and maybe not inclusive enough. But it was working and continued to work. Now what?

Can anything good come of this situation? Please let us know your thoughts.