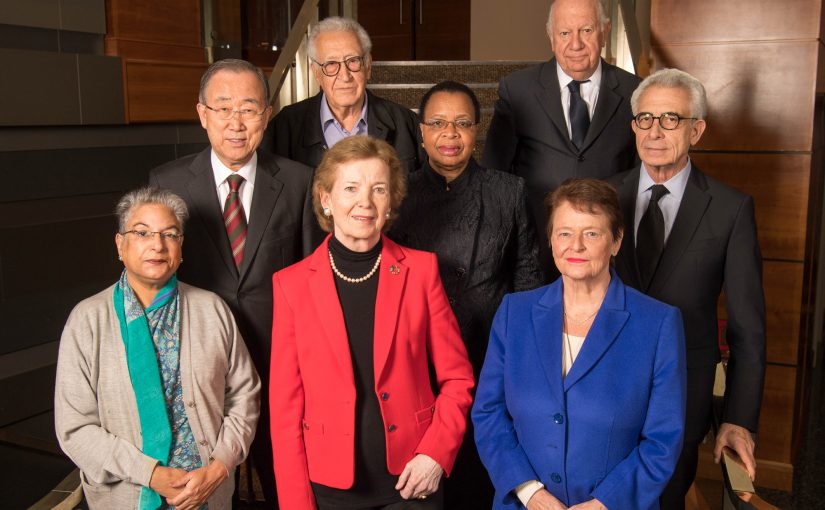 “The Elders are an independent group of global leaders working together for peace, justice and human rights.”

An organization of distinguished former world leaders, The Elders is dedicated to multilateralism and conflict resolution. Major areas of interest for The Elders are governance and leadership, the causes of conflict, inequality, exclusion and injustice.

The organization was founded by Nelson Mandela in 2007 and today has a list of leaders-emeritus including:

The Elders sees a better world coming about through attention and action and real focus on the following areas:

The organization is composed of peace makers and peace builders, social revolutionaries and leading women. They see their function being to open doors to decision makers, bring people together, and work for peace. In her introduction to The Elders 2018 annual report, Chair Mary Robinson said that for 2019 and beyond they must focus on climate change and nuclear proliferation while encouraging ethical leadership and multilateral cooperation.

In April 2019 an Elders delegation consisting of Mary Robinson, Ban Ki-moon, Kakhdar Brahimi, Ricardo Lagos and Ernesto Zedillo met with China’s President Xi Jinping and a group of Chinese leaders to discuss nuclear concerns, and climate. The Elders were also able to meet with students from China’s Foreign Affairs University to discuss a variety of topics including global citizenship and China’s role in the UN.

Certainly the ideas put forth by The Elders are squarely in contrast to nationalism and the attitude of “my country first” as expressed by the Donald Trump administration in Washington. And while the Trump administration does what it can to de-emphasize multinationals, it is good to know that an organization like The Elders is ready to call governments and organizations to account for abuses and misguided and harmful policies. We can all sleep a little more soundly knowing that such an organization exists and has our back.