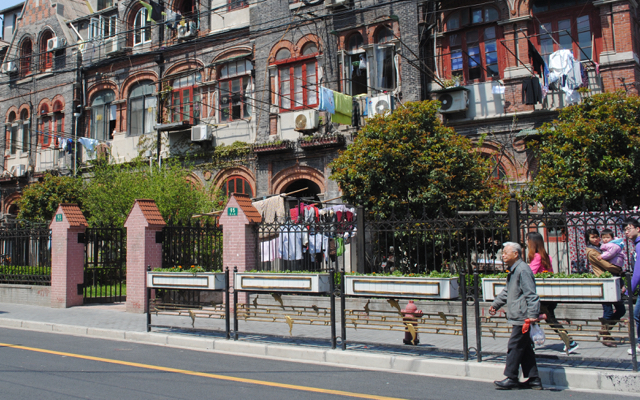 In September 1945 Shanghai was liberated and the nightmare of WWII ended for some 20,000 European Jews in the Shanghai Ghetto.

From 1938 onward Shanghai had been a haven for Jews escaping Nazi persecution and certain death in Europe. In 1938 the Nazis annexed Austria, and this started the flood of Jews out of Europe. Some were lucky to get to America or other democratic countries, but many had only one hope: to get to Shanghai. Diplomats like Japan’s Chiune Sugihara and China’s Ho Feng Shan issued transit visas to the Jews against the orders of their superiors.

Once in Shanghai, the Jews had the support of the existing Jewish community, made of an earlier generation of Baghdadi Jews who had come to Shanghai decades before and done well in commerce. These included the Sassoon’s, Hardoons and Kadoories. Help for the refugees was also given by American Jewish organizations, although such aid was cut off after Pearl Harbor.

Jews who had a profession did the best in their new circumstances, and Shanghai was fortunate to get more than 100 European doctors. Others formed businesses and practiced what skills they had. Shanghai Jews also had a rich cultural life despite a lack of resources.

In 1943 the Jews were ordered to move to the “Restricted Sector for Stateless Refugees” or what came to be known as the Shanghai Ghetto. From February 18, 1943 until September 3, 1945 Jews were required to live in a one square mile area of Hongkou. There they endured hunger, overcrowding and cold, but they survived. Reports state that the Jews got along well with their Chinese neighbors, and many wrote and spoke of the kindness of the Chinese.

After 1945 the Jews dispersed, some to Europe, some to America, and some to Palestine. Some might say the fact that Shanghai was refuge to 20,000 people was indeed a lucky “accident” of history, while others might see it as evidence of the work of providence or a higher power. Whichever you choose to believe, it was indeed a welcome refuge from the storm that swept the world during World War II.