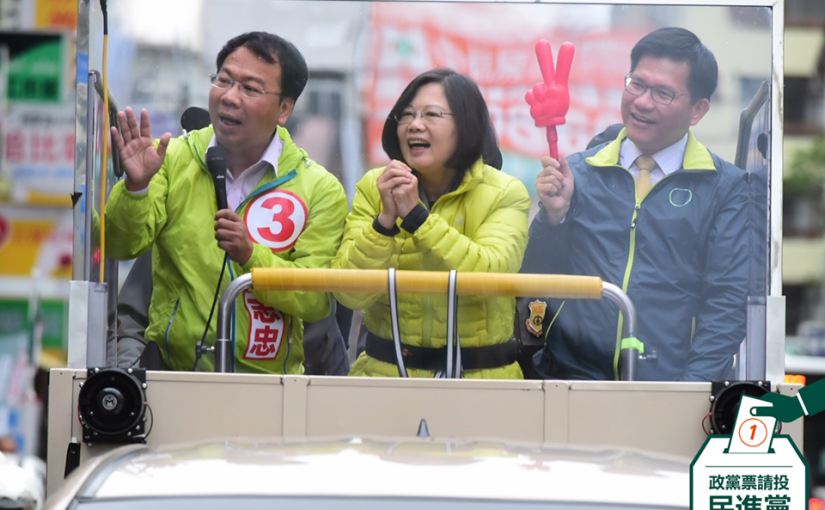 Now what? As things stand in Taiwan politics and in cross-strait relations, it looks like there will be no surprises. Positions on both sides of the Taiwan Strait appear fixed.

In The Governance of China, ( 2014) China’s President Xi Jinping stated:

“the most important and most fundamental thing to do is to maintain China’s sovereignty and territorial integrity. Although the mainland and Taiwan are yet to be reunited, they belong to one and the same China, which is an indivisible whole.” (Emphasis added)

And more to the point:

Xi Jinping, Handle Cross-Straits Relations in the Overall Interests of the Chinese Nation in The Governance of China

On January 23, 2016 Focus Taiwan reported on incumbent President Ma Ying-jeou’s speech on the occasion of World Freedom Day. President Ma stressed the progress made in cross- strait relations and stressed that cross-strait peace is indispensable for the development of peace and democracy.

In her victory speech on January 16, 2016 President-elect Tsai Ing-wen said:

“But in the four years ahead, I will do everything I can to realize my promises: to turn Taiwan into a more advanced country, engage in the necessary development of our infrastructure, and fix the policy failures of the past. I will rebuild the people’s trust in government and create a stable foundation for Taiwan’s future development…

I also want to emphasize that both sides of the strait have a responsibility to find mutually acceptable means of interaction that are based on dignity and reciprocity. We must ensure that no provocations or accidents take place. (Emphasis added)

This election is now over and that brings to an end the conflicts and friction of the election campaign. I will march forward together with the 23 million people of Taiwan. Together, we will overcome the challenges that this country faces. We will not be divided by an election. Instead, we will become even more united because of our democracy.”

So everything is clear. Or is it? While Mr. Xi wants to adhere to the “one China” principle and the 1992 consensus things seem to be changing at the grass roots. Channel News Asia reported that 60% of the population of Taiwan consider themselves Taiwanese and not Chinese. And more telling—80% of those under 30 oppose unification.

This is referred to as Taiwanese Identity issue, and it seems that this condition will only continue to grow. This is not of Tsai Ing-wen’s making, but suggests the perception of a younger generation that never experienced life on the mainland, and know only Taiwan despite their common language with mainlanders.

The incoming DPP administration will have to deal with the aspirations of this younger generation while managing its relations with the PRC, no small or easy task. What’s more, the DPP will have to deal with a sluggish economy that may need a new direction and diversification before it can provide a stable and gradually improving standard of living for Taiwan’s 23 million voters.

So President-elect Tsai has her work cut out for her; she has her constituents to take care of, and she has a massive neighbor just across the water that has a wholly different appreciation of the geo-political and historical situation. On May 20, 2016 the DPP will assume power but even before that we may begin to see signs of how things will play out.