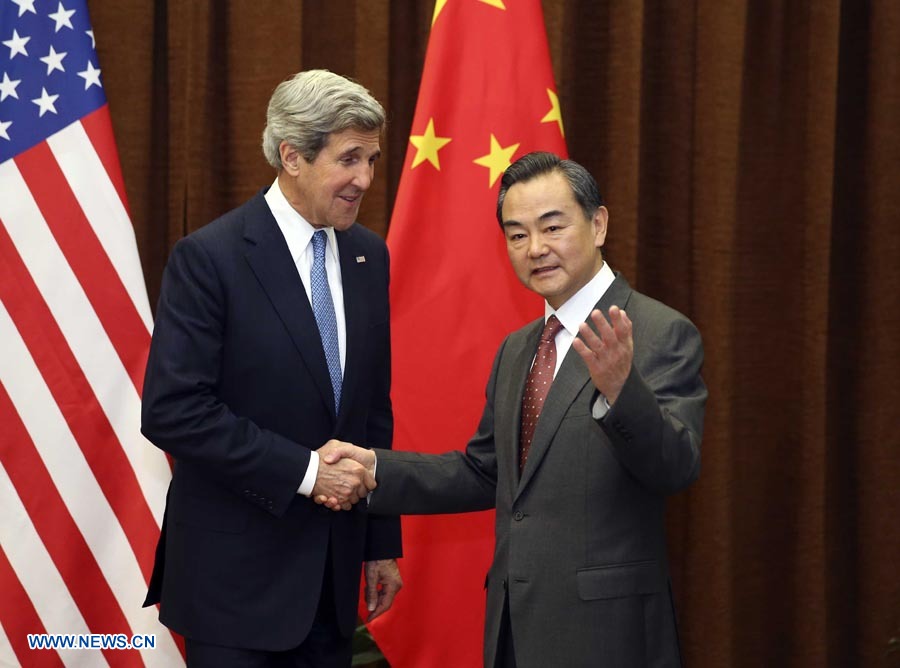 “I have come to the United States to implement the agreement reached between our top leaders to strengthen the mutually beneficial cooperation between our two countries to enhance the China-U.S. friendship”  China FM, Wang Yi

In remarks before their meeting, Kerry welcomed Wang back to the U.S., noting that he had been at Georgetown University 15 years before as a visiting scholar. Kerry added:

“China and the United States have also agreed to a new model of relations, and that was worked on and announced at the Sunnylands summit with our presidents. It is based on practical cooperation and constructive management of differences. We recognized the need to avoid falling into a trap of seeing one another as strategic rivals, and that recognition is now driving our partnership on issues from climate change to wildlife trafficking to military consultations and the promotion of balanced growth around the world.”

In his own remarks, the Foreign Minister touched upon the key point to be covered from the Chinese side:

In addition to the pressing Syria question, the de-nuclearization of the Korean peninsula and the re-starting of Six Party talks were on the agenda.