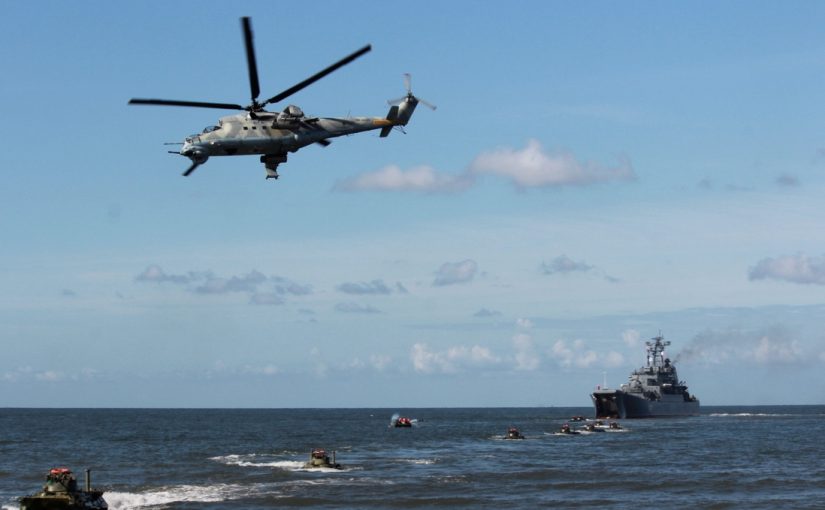 In a world where conflict and potential conflict makes front-page news, northern Europe’s Baltic region often gets short shrift. The Indo-Pacific, The Middle East, and even Africa seem to get more coverage. Yet for a long time things have been heating up at the top of the world.

America has its eyes on arctic security and its military has established coverage of the northern areas of the globe particularly the north Atlantic. In addition to keeping an early warning system in place, the US is also committed to freedom of navigation in the North, as it is the China Sea.

Even China has arctic interests related to its Belt and Road initiative although, strictly speaking, it is an interested party and not an Arctic country. Naturally, the true Nordic countries of Sweden, Norway, Finland, Iceland, and Denmark have an interest in this domain, as it is their home neighborhood.

The Nordics have banded together to form NORDEFCO, to address the question of defense, mutual operability, and cooperation. (Some members of NORDEFCO are NATO members, and some are not.)

On the southern and eastern flank of the NORDEFCO countries lie the Baltic Sea and the vitally important states of Estonia, Latvia, and Lithuania. These states form a buffer between the Russian Federation and the Baltic Sea. Russia’s only window on the Baltic are at the head of the Gulf of Finland and at Kalingrad (former East Prussia) where they have significant military assets.

For the second time in 2 years, Russia has put on a massive summer military exercise in the Baltic Sea. The exercise ran from 1 August to 9 August 2019. Dubbed “Ocean Shield 2019”, the exercise tested Russian equipment and tactics and fleet readiness with the US and NATO as its undeclared opponent. The exercise, which included amphibious landings, involved 10,000 Russian troops, 49 ships, and 58 aircraft.

NATO is well aware of Russia’s ability to project power in this part of the North. To bolster its own flanks, NATO proposed and implemented the Enhanced Forward Presence program (eFP) where NATO units would integrate, train and operate with the militaries of Estonia, Latvia, Lithuania and Poland. The result was 4 multinational battle groups supported by the UK, Germany, Canada, and the US. Their mission is to ensure the Baltic countries’ security. Units train with host nations and rotate every 6 months.

With global warming making Arctic transit more possible for longer times, and the never ending search for resources and China’s ongoing Belt and Road, access to the North whether it be the Arctic or the Baltic region will grow in importance. US officials predict that human activity will increase in what was heretofore remote and inaccessible land and sea areas. The Indo-Pacific and Middle East will continue to simmer, but from now on all major powers will have to keep their eyes looking north a lot of the time.