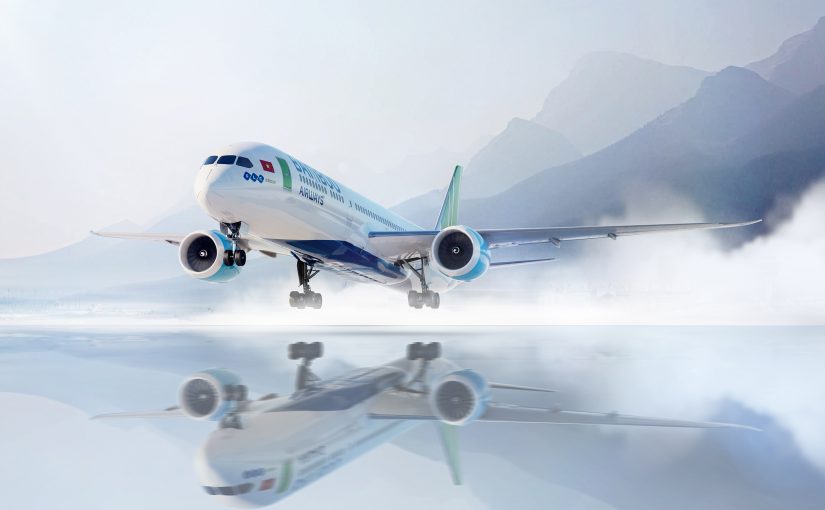 It is very interesting to see the ongoing evolution of air travel from the days of the grand and luxurious Pan American Airways to the Low Cost Carriers (LCC) of today. And while it might seem that there is not much room to carve out a niche in the airline industry, there is evidence to the contrary. Recently RG21 took a look at Air Astana, the national airline of Kazakhstan, a newcomer that has gotten generally positive reviews all around. Another new player with its cheerful green, white, and blue livery worth keeping an eye on is Vietnam’s Bamboo Airways. Their corporate motto is “More than just a flight.” With their user-friendly online presence and new equipment, they just might make the user’s travel experience live up to this ideal.

Bamboo Airways, which is headquartered in Hanoi, started operations January 2019 with an Airbus A320 as its first equipment. They have 15 domestic destinations including their hubs in Hanoi and Ho Chi Mihn City. Bamboo Airways flies Airbus and Boeing equipment. Airbus models include A319-100, A 320-200, A320neo and A321-200 and A321neo. They also fly the Boeing 787-9 Dreamliner.

Besides its domestic routes, Bamboo Airways has an ambitious menu of international destinations including:

The Boeing 787-9 Dreamliner equipment was specifically acquired for long-haul routes like Hanoi-Prague. Flights were scheduled to start in March 2020, but with the coming of the Corona epidemic. European and other international destination schedules have been modified or cut back. The Hanoi-Prague flight has been pushed back to late spring and there has been no announcement of international flights scheduled to begin in June 2020.

It is truly unfortunate that the timing for this new member of the airlines community has come at the peak of the Corona epidemic. When the “all clear” has been sounded, Bamboo Airways will be in an excellent position to take advantage of the pent-up demand  for domestic and international flights and the travel boom that will surely follow. Let us hope that this is much sooner than later. (When do you think travel will “normalize” again? Please let us know your thoughts on this.)