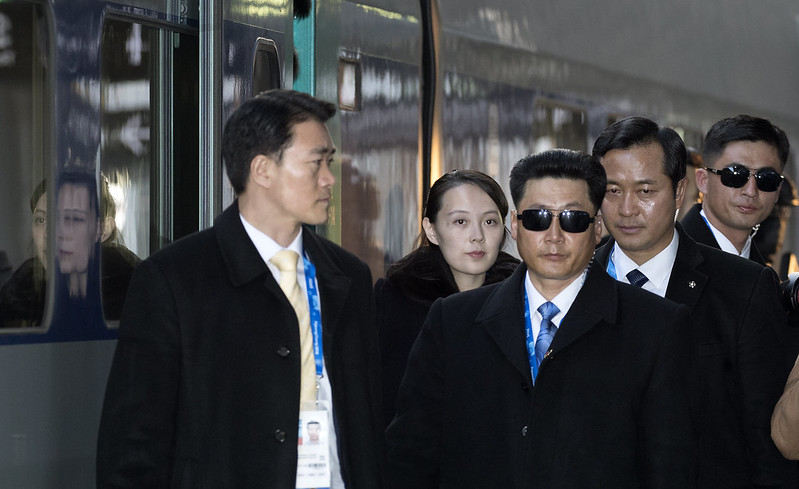 There has been much media speculation of late about the rise to prominence of Kim Yo-jong, the sister of Korea’s leader Kim Jong-un. It seems most DPRK-related news seems to deal with the latest sighting and the latest statements by her and about her.

The “facts” which are reported and re-reported boil down to:

2) She attended international school in Switzerland at the same time as her brother Kim Jong-un. At school she studied ballet and was ove-protected by a group of minders.

4) She was made Deputy-Director of the Propaganda Department of the Korean Worker’s Party in 2014, and Head of Department in 2017.

5) In 2017 she was made an alternative member of the Politbureau.

6) In 2018 she represented her country at the opening ceremony of the Peyongchang Olympics in South Korea.

7) She was elected to the Supreme People’s Assembly in 2019.

8) She is married to Choe Ryone-hae.

10) She has no know hobbies or interests but she does ride horses in propaganda photos.

Of late Ms. Kim has been making bellicose threats against South Korea, which foretold the demolition of the North-South Inter-Korean Liaison Office in Kaesong on June 16, 2020. She has also stated that she has instructed North Korean armed forces to move on two other joint projects.

So what to make of Kim Jong-yo? Clearly she is moving up the party ranks and being groomed by her brother for real leadership roles. The question is whether she would be able to assume the Kim family mantle and become the supreme leader should Jong-un depart the scene.

There are two schools of thought on this:

1) She could and would become leader because she is a Kim, daughter and granddaughter of the founder of the DPRK and his successor. And she is showing herself to be tough and ruthless, qualities that would recommend her to the leadership role.

2) Because the DPRK is a male-dominated society, the military and the people would not accept a female leader.

For the above reasons, should she become the leader of the country, she would have to demonstrate even more ruthless behavior to prove that she was not weak or soft.

What are your thoughts on this question? Please let us know.