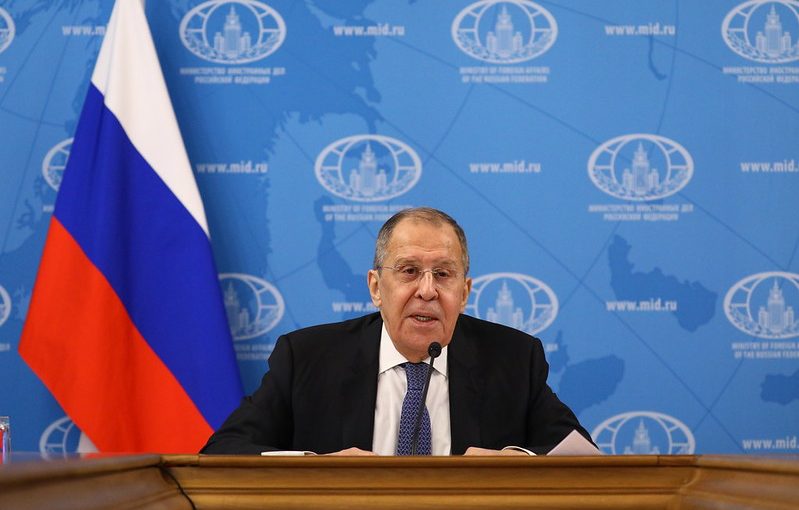 On January 18, Russia’s foreign minister, Sergey Lavrov gave his annual news conference. The online event lasted just short of 3 hours. After an initial statement spelling out Russia’s position on a number of different issues, Lavrov took questions from journalists around the world. Minister Lavrov was never short of an answer and provided a clear explanation of the Russian view of things.

Mr. Lavrov began by talking about Russia’s homegrown Sputnik V vaccine for the Corona virus. He expressed Russia’s desire to cooperate with other countries in dealing with the pandemic. Germany is now testing Sputnik V, while countries like Belarus, Venezuela, Bolivia, and Algeria have already approved the vaccine which is said to be 91+% effective.

When questioned about the relations between Russia and China, Lavrov said that there is good cooperation between Russia and China, and that in 2021 there will be special emphasis on scientific research between them. He noted that not only have China and Russia stood together on many issues in the United Nations, but also that this is the 20th anniversary of their treaty of friendship. He went on to say that China and Russia have conducted military exercises and continue to do so, not only on land but also in the air.

Good and kind relations with Japan are at the forefront of Russian thinking he said, and that the joint military exercises with China are not targeting any specific country, but are rather designed to protect domestic borders. Mr. Lavrov expressed concern with Japan’s willingness to accept ABM missile systems from the United States. He also noted the US intention to place short and medium range missile systems in the area in addition to the ABM systems.

As for the Korean peninsula, Mr. Lavrov said that while there had been problems between the DPRK and the ROK, and between the DPRK and the US, there had been no actions that lead to military response. He added that Russia is interested for robust peace on the Korean peninsula and that Russia has a plan to offer to deal with the situation when the time is right.

Asked about the case of Russian politician Alexi Navalny, Lavrov said that it was a justice question and not a foreign ministry matter. When pressed further he said that there was not evidence of Mr. Navalny being poisoned with Novichok. He said Russia had not received any tissue samples or clothing samples containing the substance, and that Germany said that its armed forces had made the necessary tests but could not release the results for security reasons.

As for relations with the United States he said that Russia is not expecting any radical changes from the new administration and he wondered if a new START treat would be negotiated before it expires in February. He also said Russia is ready to discuss issues with the US such as:

In closing Mr. Lavrov thanked those organizations connected with helping the Russian diaspora or overseas Russians during the Corona virus pandemic and noted some members had received recognition from the Russian government for their contributions.