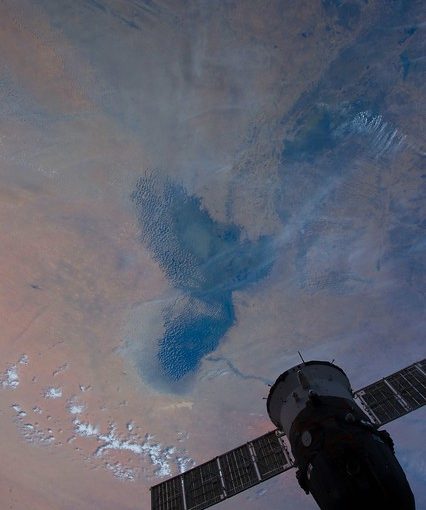 A Model For Future Conflicts and Their Solution?

Central Africa’s Sahel region between the Sahara Desert and equatorial Africa might just hold the model for world conflicts in the second quarter of the 21st century and beyond. The geopolitical situation around Lake Chad with its environmental and social problems could very well be the first in a series of eviro-conflicts that beg for a simple solution, but are in fact a complex interweave of factors. 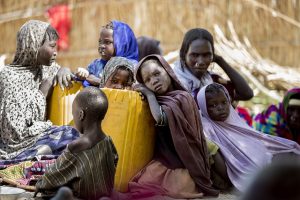 Causes of the Problem I: Water Use and Climate Change

Four countries border Lake Chad; Niger, Chad, Cameroon and Nigeria, but another four use the lake water. These include Algeria, Central African Republic, Libya, and Sudan. Lake Chad has, however, shrunk significantly since the 1970s. It has gone from an area of 20,000 KM2to an area of 2, 000 KM2  this been attributed to global warming or climate change and also to an increasing demand for water. Add to this an increase in population and the displacement of populations (up to 2.3 million people) due to the ongoing insurgency lead by Boko Haram, and the plot begins to thicken. A decrease in water has also created friction between herders and farmers, both stakeholders in the water use debate.

Since 2009 Boko Haram, a militant fundamentalist group, has been on the offensive in an attempt to establish an Islamist state in central Africa. Boko Haram has been designated as a terrorist group by Britain, the United States, New Zealand, and the United Nations. Forces from Cameroon, Chad, Niger, and Nigeria have been working together for 8 years in an attempt to defeat Boko Haram. In one recent high-profile operation Boko Haram kidnapped 100 schoolgirls from a technical college in Dapachi bringing worldwide attention and concern to the problem. Many say there is no military solution to this insurgency, and therefore a political settlement is in order. Owing to the extreme positions of the organization and its promotion of strict Sharia law, it is no wonder that a solution has not been reached. Moreover, it is doubtful that a solution acceptable to all parties will ever be reached.

Solutions to the Problem I

In September 2019 Nigeria, Niger and Chad agreed on a joint trans-border agro-ecosystem program designed to restore livelihoods and to restore the lake. The parties agreed on the occasion of a joint meeting in New Delhi dealing with desertification.

Solutions to the Problem II

One grand scheme to save the lake is the Transaqua Project that has gained financial commitment from both China and Italy. PowerChina has pledged a $1.8 million investment while Italy’s Bonifica has pledged $2.5 million. The project calls for the refilling of Lake Chad by bringing water from the River Congo in the Democratic Republic of Congo through a navigable canal 2400KM long to the Chari River and then to Lake Chad. Additional benefits of the project (in addition to saving the lake) would be water for agriculture, hydroelectric power for the region and rail and road transportation along the canal. This scheme was proposed decades ago but has now been dusted off and is gaining traction in the 21st century.

Solutions to the Problem III

Another plan calls for water to be pumped up from the Ubangi River over the mountains to the Chari River using solar power. The group behind this scheme is called The Solar Option. Benefits of The Solar Option include the fact that the equipment would come on line rapidly as opposed to the long timeline for the Transaqua project. Also the Solar Option requires no dams, and costs a projected 10% of the cost of the Transaqua.

Solutions to the Problem IV

To add further nuance to the problem/solution matrix of the Lake Chad situation we only have to consult a new report, building on the work of a previous G7 report, which is entitled Shoring up Stability, Addressing Climate and Fragility Risks in the Lake Chad Region. The findings of the report suggest that the popular belief that Lake Chad is continuing to shrink is not correct. The fluctuations in the water level are normal and ground water is stable while surface water has shrunk. The key finding of the report is that it is conflict and not climate change that is to blame in the Lake Chad situation. A number of social issues are what is fueling the problem not just the climate change factor, which is indeed important but not key when compared to the social and political causes of the situation.

The problems and solutions relating to the ecological and social impacts on the Lake Chad region are varied. No single, simple solution will bring relief to the lake, to the region and to the displaced people who live there. A clear vision of the problem, and cooperation among stakeholders will be the only way forward in saving this wonderful lake and in saving the livelihoods of the people who inhabit this region and this vitally important part of Africa.