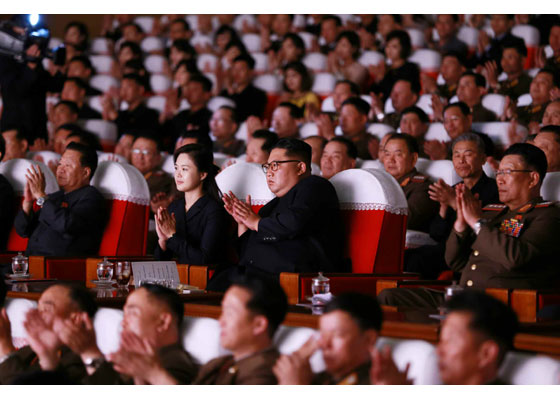 Well, it’s not like there isn’t any news from the DPRK in 2019, because there is, in fact, some news. There is just not the same kind of “end of the world nuclear holocaust” news that there was just a short time ago.

But “normal” is relative, and like the weather in East Asia itself, subject to change without notice. Nevertheless, at mid-year we can look back to February 2019 and a failed US-DPRK summit meeting in Hanoi with two of the world’s biggest summiteers; Donald Trump, President of the United States, and Kim Jong-un, Supreme Leader of the Democratic People’s Republic of Korea. Reports indicated that the deal breaker for this meeting was the lifting of US sanctions against the DPRK and the United States’ refusal to do so. Post summit there were no recriminations or finger pointing; everyone just packed up and went home after offering their side of the story.

Things with the DPRK were pretty quiet until May 9, when they fired off two short-range ballistic missiles. Launched from around Wonson, they flew into the Japan Sea, and not over “hostile” territory like South Korea or Japan. It may be that testing was on the schedule for this year regardless, or it might have been a thinly-veiled threat to remind the US and the world that the DPRK has a nuclear arsenal and the vehicles to deliver nuclear payloads.

Things remained quiet until June 12 when Donald Trump announced that on June 11 that he got a “beautiful letter” from Kim Jong-un. Trump expressed his ongoing confidence in the negotiations with the DPRK.

Sources also say that in his letter Kim proposed a third summit with the US. About the same time media reports suggested that Kim’s late brother, Kim Jong-nam was a CIA source. Trump explained that such a thing would not happen during his watch.

And finally to round-out the slow-news cycle, President Xi Jinping will make a trip to the DPRK on June 20 and 21 for discussions with Chairman Kim. This is the first visit of a Chinese leader to the country in 14 years. Clearly both men will have a lot on their minds including how to deal with the United States and its mercurial leader, Donald Trump.

So, looking back, we can see that there has not been much news of a sensational nature from North Korea in the first half of 2019. Maybe the old adage is right: no news is good news.