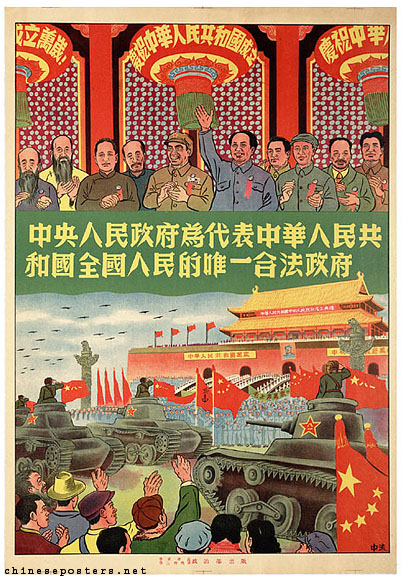 On October1, 2014  China will celebrate it’s 65th birthday. 65 years ago, on October 1, 1949  Mao Zedong proclaimed in a resounding voice the founding of the People’s Republic of China. The country had much to celebrate: the end of a bloody civil war, the end of centuries of foreign domination and intervention and the end of the warlords. The following 65 years have seen massive changes and improvements as well as turbulent times. But China has clearly emerged as a world power with vast political and military might, and its own space program. But at 65 China still has many problems. Perhaps the biggest is in its dealings with its minorities. The question is how can China deal with Tibet, Xinjiang and now Hong Kong? How can people’s expectations be matched with the realities of 21st century politics? How can China continue to grow and adapt and be an all-inclusive society providing peace, security and freedom to all of its peoples? A big question for the leaders who will again go to Tiananmen Square on October 1. Log in and post your comments.