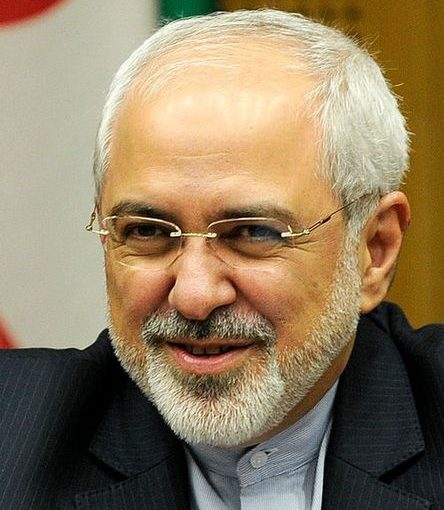 A quick glance at the map will tell you that geography alone guarantees Iran a place in the news, as it borders on some of the most volatile regions on Earth including Iraq, Syria, Turkey, Afghanistan and Pakistan to name just few. And of course it faces the Gulf and the Strait of Hormuz. While its relations are stable and its diplomacy active, the Islamic Republic has long-standing disputes with Israel and Saudi Arabia.

Representing Iran on the world stage falls to Mohammad Zarif. Mr. Zarif, 58, is a career diplomat and academic. Born in Iran, he is American educated. He did his undergraduate work at San Francisco State University and his graduate work at the University of Denver where he received an M.A. and a Ph. D in International Law and Policy. After graduation Mr. Zarif was called to work for Iran’s United Nations team. He was appointed Permanent Representative to the UN, and held the post from 200-2007.

After becoming Foreign Minister under President Hassan Rouhani in 2013 Mr. Zarif became well know to the world as Iran’s chief negotiator with the P5+1 group of nations (US, UK, China, France, Russia + Germany and EU) in the Joint Plan of Comprehensive Action, (JPCA) or what is commonly called “the Iran nuclear deal.” In April 2015 the lifting of sanctions was begun as a result of Iran agreeing to the inspection and limiting of its nuclear program.

Recently Syria shot down an Israeli F16 returning from a bombing mission. As a result, Israel has threatened action against not just against Iran’s proxies but also against Iran itself. In addition, Iran is jostling with Saudi Arabia over hostilities in Yemen.

In “normal” times geography alone would dictate that Iran’s foreign minister would have a busy schedule, but these are not “normal” times. So when we pick up our newspaper or turn on our TV it is most likely that the face of Mohammad Javad Zarif will appear explaining Iran’s position on some issue and representing his country in another trying situation.