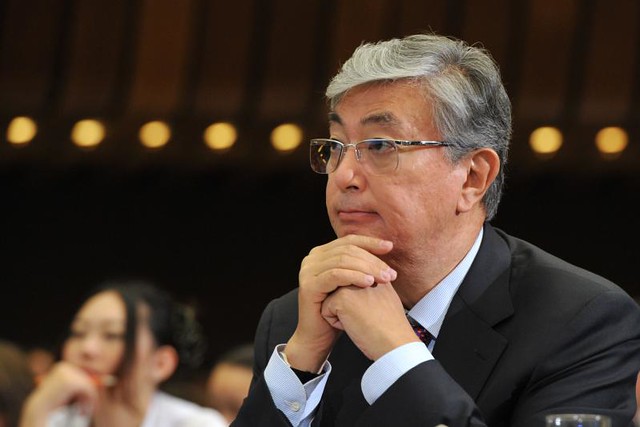 In the case of the leadership of Kazakhstan, the French might be right: the more things change, the more they remain the same. On March 20, 2019, Kazakhstan’s first post-Soviet president, Nursultan Nazarbayev, stepped down after 29 years in office. Mr. Nazarbayev was replaced by career diplomat and government minister Kassym-Jomart Tokayev from his own Nur Otan party.

In June 2019 Mr. Tokayev was duly elected president (not without some protest in the country) with 71% of the popular vote. Mr. Tokayev has a solid resume of important positions giving him the experience and broad view to assume the presidency. He graduated from the Moscow State Institute of International relations in 1975 and began working for the Soviet Ministry of Foreign Affairs. He then had postings to Singapore and Beijing where he attended the Beijing Language Institute.

From 2002-2007 Mr. Tokayev served as Prime Minister of Kazakhstan. In 2011 he went to Geneva to work as Director General of the United Nations. In 2013 he became Chairman of the Senate of Kazakhstan. 2019 saw him start his term as president.

One of the legacies of President Nursultan Nazarbayev is the Astana International Financial Center (AFIC). AFIC was launched in 2018 and is designed to be a regional finance hub. It has relationships with the US NASDAQ and the Shanghai Stock Exchange. Kazakhstan is a key to China’s Belt and Road Initiative, and has been described as by Forbes Magazine as “the most stable economy in the ‘stans’.” (Central Asia). Kazakhstan’s economy can also be compared to that of China in the1980s in that it has several state-run enterprises that must be sold off and made private.

Kazakhstan has had a relatively smooth transition of power, and it looks like the work of the country’s first president will continue and his legacy remain intact. Everyone might not agree, but at least in this case, the sameness of change might just be a good thing for the country, the people of Kazakhstan, and the region.