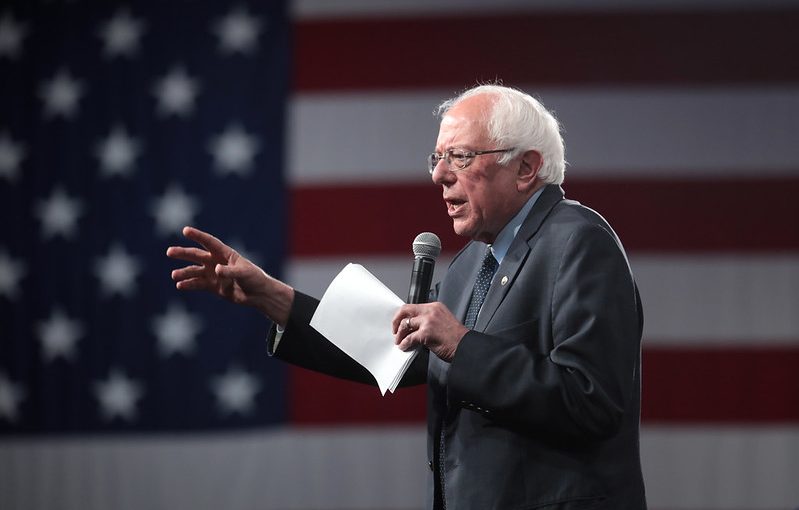 It is February 2020, and the race to be the Democratic nominee to face Donald Trump in the general election of 2020 is on. Now, the candidate leading the pack is the senator from Vermont, Bernard “Bernie” Sanders. The senator was born in 1941 making him 78 years old. This is not unusual in a field with former Vice President Joe Biden and Donald Trump himself being in their 70s.

Senator Sanders graduated the University of Chicago in 1964 and from that time identified himself with left-leaning causes. After being a small town mayor he served in the US House of Representatives for 16 years. In 2007 he was elected to the US Senate where he serves today.

He now proudly calls himself a democratic socialist. He looks to the Nordic model of democratic socialism with high taxes and extensive benefits for all. The senator’s left-leaning positions are highly attractive to idealistic young people, particularly his positions on free university education, raising the minimum wage, protecting the environment, and dealing with global warming.

Sanders has always been an Independent, but he is now running for the nomination of the Democratic Party. The question for the Democrats is electability. Can their candidate be elected by more than a majority of the US populace, and especially in the states of Pennsylvania and Ohio? Can Sanders win against Donald Trump? Many people seem to think so. But is this reality, or thinking inside a bubble?

Donald Trump would come out hard against the senator’s “socialism.” And in fact, he already has done so and he will continue to do so. Trump, being president, always has the spotlight and the microphone. Moreover, Trump is a ruthless and vicious infighter. Whoever faces Trump this election will be in for a bloody and dirty, tooth and nail fight. Many would argue that this is what Donald Trump does best. Could Bernie stand the test? Probably. The real question, however, is can Sanders get his message across to the majority of the American people, and convince them, against all odds, that HE is the best choice to lead the country?