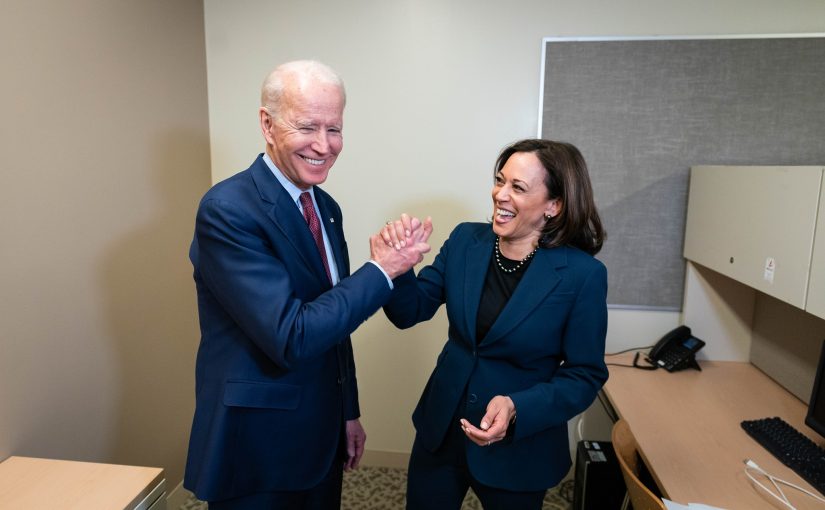 On August 11, 2020 Former Vice President Joe Biden announced that his running mate for the 2020 presidential election would be Senator Kamala Harris from California. The decision to tap Harris as his running mate put an end to a long period of speculation about who would be chosen. Biden’s short list was composed entirely of women, and most of them women of color. This selection was to acknowledge the changing face of America, and the changing reality of the demographics that make up the country.

Senator Harris herself was in the race for her party’s nomination this year but dropped out. She put on a good showing during the primaries, and this fact along probably kept her at the top of the list of “possibles.” In addition she brings experience in politics as well as experience in law to the table. Compared to Biden she is “young” and shows the energy of the next generation. Moreover, she has a record as a prosecutor and is seen as strong on “law and order” and taking on vested interets like the banks and the gun lobby. Many of the swing voters who will make an important part of the 2020 mix will find the “law and order” part reassuring. Harris is also tough and smart and will be able to conduct herself well in the cut and thrust of presidential politics, particularly in the coming 2020 election.

The Biden-Harris ticket is strong, and it has to be to deal with the phenomena that is Donald Trump. Trump is an anomaly and a wild card and will not be defeated easily. Trump-Pence has the advantage of being incumbents, but that is only an advantage, and not a mandate. Trump’s loyal 40% of the voters will likely not be moved by whatever he does or does not do in the electoral process leading up to November. They will vote for him. Period.

Already Donald Trump is setting the stage to claim voter fraud if he loses the election. He is casting doubt on the electoral process, particularly voting by mail. Trump claims massive fraud in various previous elections, but no facts supports his claims.

As of August 2020, Biden-Harris is in the lead by several points in a number of polls. While this is encouraging, it is not definitive. In politics things can and do change. There are many ways that Donald Trump could stay in power. Already he is doing nothing to empower the post office to deal with the massive influx of ballots sure to come in the time of pandemic. Also he could win several key states that have more votes in the Electoral College, thus losing the popular vote but winning the presidency.

In the coming few months anything can and probably will happen.What are your thoughts on the 2020 US presidential election? Please let us know.