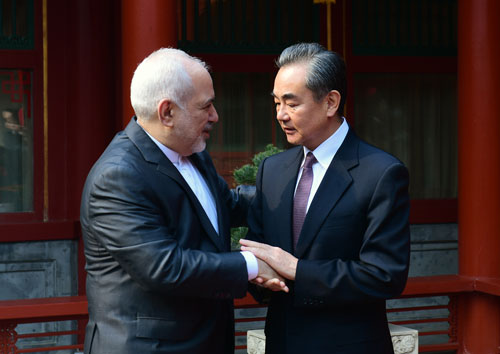 On the surface the agreement for a strategic partnership between the People’s Republic of China and the Islamic Republic of Iran makes sense. Both parties stand to gain from improving economic and political relations. Iran now bears the weight of crippling US sanctions. An economy that was struggling to recover from long-term sanctions looked like it was making progress after the signing of the 2015 “Iran Nuclear Deal” or JCPOA. The unilateral US withdrawal from the deal despite verification of Iran’s compliance and re-imposition of sanctions put Iran in a very precarious position. Add to this the advent of the COVID-19 pandemic, and things were looking grim.

In 2016 China’s President Xi Jinping made a state visit to Iran, and the idea of forming a long-term partnership was floated. In 2019 the agreement took shape in the form of the Chinese offer of $400 billion investment into Iran over a 25-year period.

Cooperation between the two countries would focus on:

Chinese investment would focus on the banking and telecom sectors as well as transportation infrastructure such as ports and airports. There was also talk of a Chinese-built high-speed rail link between Tehran and Mashhad in the east. Recently a leaked copy of the draft agreement surfaced. China was strictly “no comment” on this, but the Iranians seemed optimistic.

Domestically, there are reservations if not opposition to the agreement with the Chinese. First, it seems that Iran will have to supply China with heavily discounted oil and gas for 25 years. Secondly, there is concern that Iran will be ceding its sovereignty to the Chinese. Rumors suggested turning over an Iranian island to the Chinese as well as admitting to the stationing of Chinese armed forces in the Islamic Republic. Iran’s foreign minister, Mohammad Javad Zarif that the details of the agreement would become public once finalized.

Closer ties with China could also include closer tri-lateral ties with Syria. Syria’s leader, Bashar al-Assad, has his own “Belt and Road” vision which is called the “Four Seas Strategy” and might include Syria, Iran, Iraq, and Turkey. (The fours seas being the Mediterranean Sea, Caspian Sea, Black Sea and Persian Gulf.)

Just the China-Iran agreement alone could be seen as tipping the balance of power in the Persian Gulf and Middle East. With the addition of a local trading bloc with no long-term loyalty to the US or its policies, the balance would surely shift.

Critics of the proposed agreement argue that China is in no position to further worsen relations with the US by incurring more sanctions. And yet, maybe China has come to the point where it will do what it feels necessary, and its companies will be sanctioned in the US and worldwide. Maybe China senses weakness in the US position worldwide, and now is the time to move forward. Iran badly needs investment to kick-start its sanctions-damaged economy. A deal with the Chinese might create the reality and perception of better times ahead.

Politically, both China and Iran are “planting the flag” and serving notice to the US that there is a new game afoot. What action or actions the US will take remains to be seen. An America whose president has picked fights with old friends and allies may find it very hard to form any kind of coalition to push back on China and Iran. “America First” can also be seen as “America Alone” when push comes to shove.