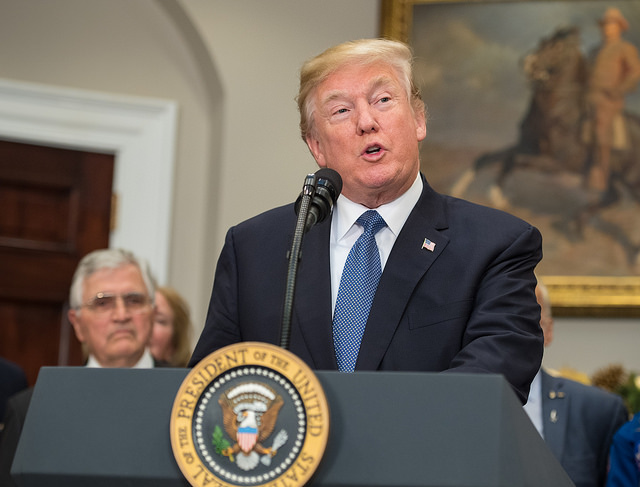 As of September 11, 2018 there are 56 days until the US midterm elections for the US House of Representatives and the US Senate on November 6, 2018. All things considered, it is a very dangerous time. The reasons for this are not hard to discern.

First, Donald Trump is hounded not only by the specter of the Robert Mueller investigation into Russian collusion in the 2016 election and the ongoing scandals concerning women who claim to have had affairs with him, but also by what his former attorney Michael Cohen (who was convicted in US Federal Court on 8 counts of tax evasion and unlawful campaign contributions) could make known about the Trump organization in exchange for a plea deal with the government. Cohen joined a long line of Trump officials convicted of various charges including former Trump campaign manager Paul Manafort.

While Donald Trump puts on a brave face and predicts a “red wave” (Republican victory) in November in front of his base, most analysts suggest that there will, in fact, be a “blue wave” (Democratic victory) of monumental proportions. No one can tell how big this will be, but it will be a referendum on the Trump presidency, and not one that will please the 45th President of the United States.

CNN reported on September 11 that Trump’s support among independent voters was down to 31%. These might be the same people who wanted to “give him a chance” in 2016, but who have now woken up to his egregious incompetence to hold the highest office in the land.

Donald Trump’s most common response when confronted with unpleasant reality is to create a distraction, something to take his voters’ minds off the latest scandal placed at his feet or upon his head. The coming “blue wave” will mean that Trump is finally checked by congress as the Founding Fathers intended when they framed the US constitution. Checked, and possibly impeached for his many crimes and misdemeanors. And herein lies the danger, for this time Trump cannot simply hold a rally in front of his followers and rail against “fake news.” No, this time he will have to create a distraction of mammoth proportions to outweigh the blue tsunami heading for Trump Tower.

Trump still has enormous power under the US Constitution, and there is no telling how he will use it. He could easily get the US into a shooting war or shooting incident with countries like Iran or China or even Russia. A manufactured incident like the “Gulf of Tonkin” or a real one like the attack on the World Trade Center on 9/11 would make Trump a “wartime president” and theoretically hide his troubles as Americans rallied around the flag. It is also possible that countries that wish to see Trump remain in power (read Russia) might assist him by creating an incident to aid him.

So these are dangerous times indeed. While Trump may be deluded into thinking that the strength of the economy might save him, he is still cunning enough to sense what is approaching in just 56 days. Let us hope that those patriots inside the government and inside the White House prevent him further setting the world aflame and unbalancing the world order. May God help us all.