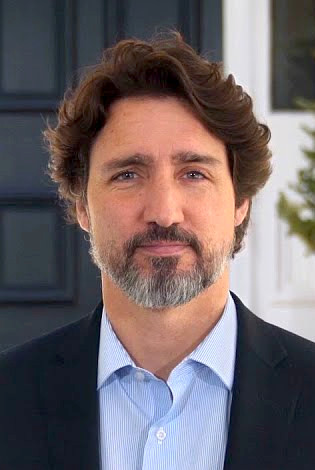 It’s been almost 5 years since Justin Trudeau took office as the second-youngest prime minister of Canada. It has not been a particularly smooth ride, but Mr.Trudeau has endured, and some might say triumphed.

Mr. Trudeau’s troubles have come in the area of domestic politics and international relations. In the era of “gotcha” politics Mr. Trudeau has made a couple of slips which his opponents have capitalized on. He has had to apologize for appearing at a party dressed in “blackface” in his younger days, and recently he has been involved in an incident with the WE Charity that his family is involved in and which got government support, suggesting a conflict of interest.

Voters seem to have accepted his apologies and explanations, however the 2019 election was close and he was forced to form a minority government, suggesting his popularity with the voters has slipped a bit over the firs 4 years.

Internationally, Mr. Trudeau has to deal with his neighbor to the south in the form of US President Donald Trump. Trump and Trudeau have an on-again, off-again relationship. In the 2019 London Summit of the North Atlantic Treaty Organization, Trump pushed Trudeau about Canada’s NATO spending which is still under 2% GDP. Trump presses everyone’s button about that, so it was not unusual, and Mr. Trudeau was reported to have said that Canada had, in fact, increased its defense spending. Later Mr. Trudeau was overheard joking with other leaders to which Mr. Trump took offense and referred to him as “two faced.” In July 2020 there was a formal signing of the new American trade agreement, USMCA, in the US. The Mexican president, Andres Manuel Lopez Obrador, was able to attend, but Mr. Trudeau had other engagements and was not able to attend.

In early August 2020, President Trump announced the redisposition of tariffs on Canadian aluminum citing national security concerns. Canada quickly hit back with its own tariffs on US products. One might wonder why start a trade war with an ally and neighbor, but Mr. Trudeau and the rest of the world know that Mr. Trump is set to run in a very tight bid for reelection, and such protectionist measures play very well to his 30% hard-core “America first” base.

Good news for Mr. Trudeau is the approval from his countrymen that he has gotten for handling Canada’s response to the COVID-19 pandemic. Canada’s numbers are, relatively speaking, good and Mr. Trudeau and his government has gotten a lot of credit for this. Some of the shine for this achievement seems to have worn off temporarily over the We Charity incident.

Well, there are no term limits for Canada’s Prime Minister, so it is hard to say how long Mr. Trudeau will hold on to his job. But if conditions improve worldwide with the controlling of COVID-19, and a change of government brings a more globally-minded US government as his nearest neighbor, then who knows how long we will be seeing the face of Canada being the face of Justin Trudeau? It is hard to tell, but if he has led his country in the tough times, then maybe he and his party will be chosen to lead in more congenial times.