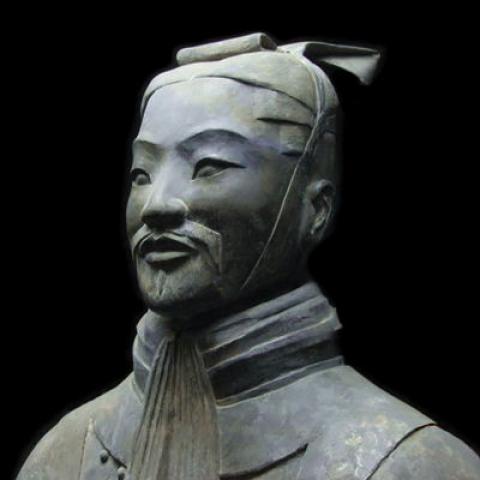 On November 23, 2013,  The People’s Republic of China announced an Air Defense Identification Zone (ADIZ) in the East China Sea.  Aircraft flying into this zone are required to:

Japan, and its U.S. ally have seen this as an escalation of tensions, and have refused to comply. Both the U.S and Japan have sent military aircraft into the newly-created ADIZ without complying with any of the above-mentioned requirements. Moreover, the area encompassed by the ADIZ covers the territory under dispute between Japan and China, know as the Diaoyu or Senkaku Islands.

The question is why China is declaring this ADIZ at this time, and what advantage does she hopes to gain by doing so?  To look for an answer we can turn to China’s pre-eminent strategist, Sun Tzu, ( 544-496 BC) a general during the Spring and Autumn period, and author of the world-famous Art of War.  Perhaps China’s strategy can be interpreted by having a look at General Sun’s work.

Many observers see The Art of War as an expression of Chinese Taoist thought, a semi-mystical philosophical system based on the observation of nature and natural phenomena expressing themselves in the polar opposites of Yin and Yang.

In General Sun’s treatise there is a section on Emptiness and Fullness, which could be considered a prime example of Taoist thought.

“Therefore, good warriors cause others to come to them, and do not go to others.”

We have seen Japan and the U.S. sending planes into the ADIZ, as on cue, and almost as if they had no choice. General Sun might say they had been even compelled to do so.

“So assess them to find out their plans, both the successful ones and the failures. Incite them to action in order to find out the patterns of their movement and rest.”

Again, China has incited Japan and the U.S. to action by establishing the ADIZ. The U.S. has made it pivot to Asia. The question is how far it will go in supporting its Japanese ally? The answer is: it will immediately fly bombers into the ADIZ to show defiance and underscore its commitment to Japan. So China now has a clear picture. The U.S. and Japan have been incited to action.

The ADIZ response by the U.S. and Japan gives China a clear picture of the patterns, extent and methods of its response to future incidents should tensions escalate even further.

Tensions in the South China Sea seem to rise almost daily. The parties involved all seem to believe that they are acting strategically and in their national self interest. But what will happen if an “unforeseen incident” happens? If planes are lost or ships fire on one another where will things go from there?  Some may say it will never happen, but the probability and possibility seem only to increase.

Quotations from: Sun Tzu, The Art of War, Translated by Thomas Cleary