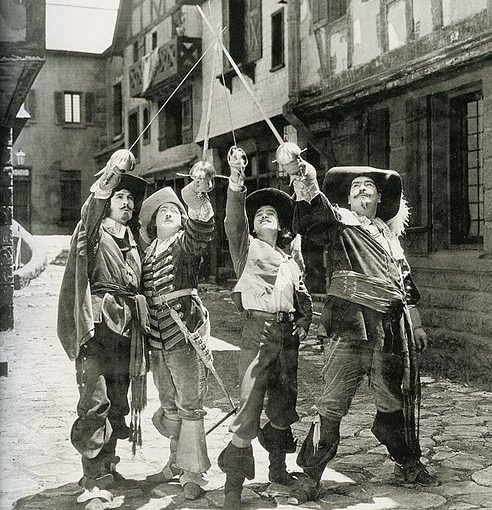 “All for one and one for all. United we stand divided we fall” Alexandre Dumas The Three Musketeers, 1844.

From the beginning the purpose was, and still remains, mutual support. The crux of this commitment can be found in in Article 5:

The Parties agree that an armed attack against one or more of them in Europe or North America shall be considered an attack against them all and consequently they agree that, if such an armed attack occurs, each of them, in exercise of the right of individual or collective self-defense recognized by Article 51 of the Charter of the United Nations, will assist the Party or Parties so attacked by taking forthwith, individually and in concert with the other Parties, such action as it deems necessary, including the use of armed force, to restore and maintain the security of the North Atlantic area.

The definition of an “attack” as written in Article 5 is spelled out in Article 6.

The first time that Article 5 was invoked was the day after the terrorist attack on New York’s World Trade Center on September 12, 2001, and the Allies responded according to their Article 5 commitment.

It could be argued that for 71 years the NATO alliance has worked to stem Soviet and Russian aggression, and that it greatly added to the peace and stability of not only Europe but also the world. And yet, recently attitudes and perceptions seem to be divided or at least more diverse.

To begin with, strong criticism of NATO has come from US president Donald Trump who routinely chastises NATO members for not meeting their commitments of 2% of GDP as agreed upon in 2014. Trump has hinted that the US will cut back on its support of NATO. While the 2% has not been met across the board, reports show European defense spending rising on an upward curve.

Equally interesting is a report by Pew Research in 2019 that of the 16 states queried, people who said that their country should NOT answer the call from an Ally under article 5 was at 50% while those who said that their country should defend an Ally stood at just 38%. The same poll showed that generally people across Europe (except Russia) have a generally good impression of NATO, even if they don’t think they should honor Article 5.

Is NATO obsolete? Is it time to re-write the Atlantic Treaty? There are new and complex problems facing the alliance including an inward-turning America and the status of NATO member Turkey that is fighting in Syria and sustaining casualties, and who has bought Russian air defense equipment. What thoughts do you have about NATO and mutual defense treaties? Please let us know.