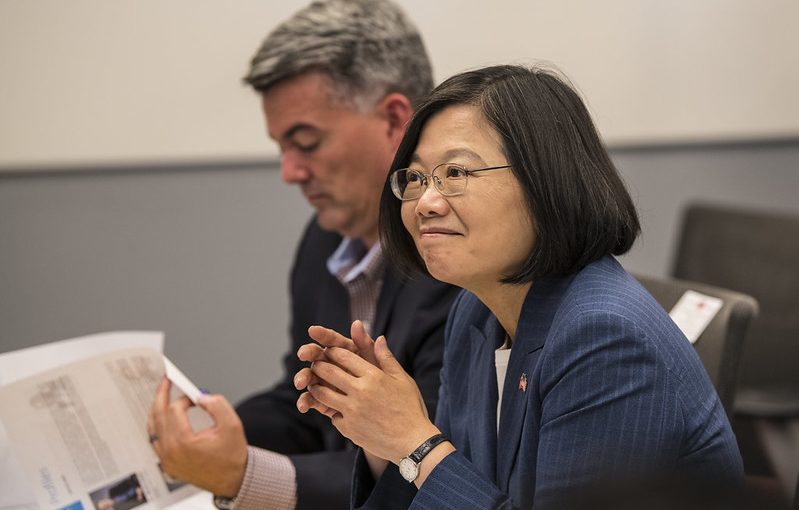 January 11, 2020 is Election Day in Taiwan. Voters will be choosing both a president and a number of legislators in Saturday’s election. Will there be any surprises in the election? All indications seem to indicate that there will not be any surprises.

Most bettors would probably put their money on incumbent President Tsai Ing-wen to be re-elected and to defeat her opponents: KMT candidate Han Kuo-yu and People’s First Party James Soong Chu-yu. Barring some last-minute catastrophic change or event, Tsai will get another 4 years. What will be interesting to see is if the opposition parties gain legislative seats or even a significant number of seats.

President Tasi’s first four years have been unremarkable. Perhaps stability in a tense situation is what she brings to the Taiwan-PRC equation.Tsai’s DPP suffered legislative defeat in 2019 and Tsai resigned as party head to take responsibility. What might have followed was a resurgence of the KMT and the DPP being swept away were it not for the social unrest in Hong Kong. Tsai’s long-standing rejection of Beijing’s One Country, Two Systems offer may have a strong resonance among Taiwan voters looking west.

Cross-Strait relations are always in the forefront when considering Taiwan and the PRC. Relations warmed up under KMT President Ma Jing-yeou but immediately cooled when the DPP took over. At present Beijing has barred individual travel to Taiwan, thus damping the tourist industry and eliminating valuable cash inflow. Also, at the same time, President Tsai has had some success in luring Taiwanese companies home to Taiwan.

Improved ties and a melding of the two Taiwan and Mainland economies would be an attractive outcome for Beijing. For cultural and economic reasons the two entities would draw closer. A virtually seamless economy might make One Country, Two Systems more palatable to many people in Taiwan. In addition this would negate the necessity of a costly military option that would bring negative outcomes to all parties involved.

Some reports say that President Tsai and the DPP might be working on improving these cross-Strait relations, and this has stolen some thunder from Han Ku-yu’s program. However, as long as the DPP and President Tsai do not reaffirm the “1992 Consensus” and the “Once China” policy, it is likely that there will be little significant warming of relations between Taiwan and the PRC.

In the beginning of 2020 China has its hands full with the situation in Hong Kong and its public relations fail in convincing the world of what it describes as its fair treatment of its Uighur population. So it is unlikely that Beijing will ratchet up tensions with Taiwan (barring the crossing of the reddest of red lines, i.e. a declaration of Taiwan independence) in the short term, and that it will be pretty much “business as usual” in Taiwan in 2020 following the election of January 11.