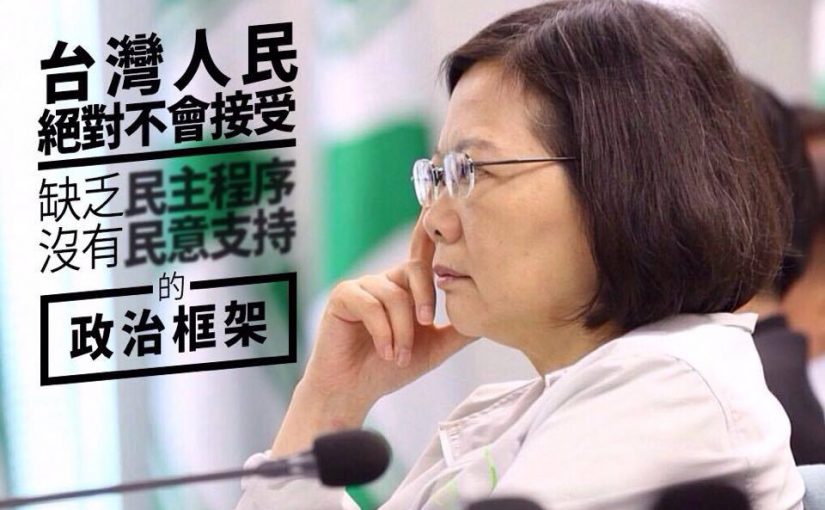 May 20, 2017 will mark the first anniversary of Tsai Ing-wen’s presidency. It seems that many people’s high hopes for her presidency have not been fulfilled in these first 12 months. Two reasons given for her approval rating in the 30s are the economic stagnation that has not lifted, and disappointment among her more radical DPP supporters who would like to see a tougher stance towards Beijing.

Tsai’s first year was not a complete non-starter. She dealt with Beijing’s pressure on travel and tourism by initiating a New Southern Policy that was aimed at bringing Asian travelers and investors to Taiwan and welcoming new immigrants with revised visa requirements. Tsai also made a bold move by calling President-elect Donald Trump to wish him well. This was the first contact between presidents of both countries since 1979.

A year ago Tsai gave a lukewarm and ambiguous nod to the 1992 Consensus and “one China” policy. While this was not satisfactory in Beijing’s eyes, there was no mention of the “I” word (Independence) in her speech then, or since. In the year that followed her inauguration Tsai visited Central America and tried to shore up support among the ROC’s few diplomatic allies. China, meanwhile, continued to put pressure on international organizations to ban Taiwan participation.

President Tsai’s inauguration speech last May was filled with hope and vision. Her first year has come and gone. While there has been no major crisis, particularly in cross-strait relations, there has been no improvement either. It seems it is easy to envision a new order when one is campaigning, but much more difficult to execute once one is sitting at the presidential desk. (See Donald Trump on this.)

What will President Tsai’s second year bring? Please let us know what you think.