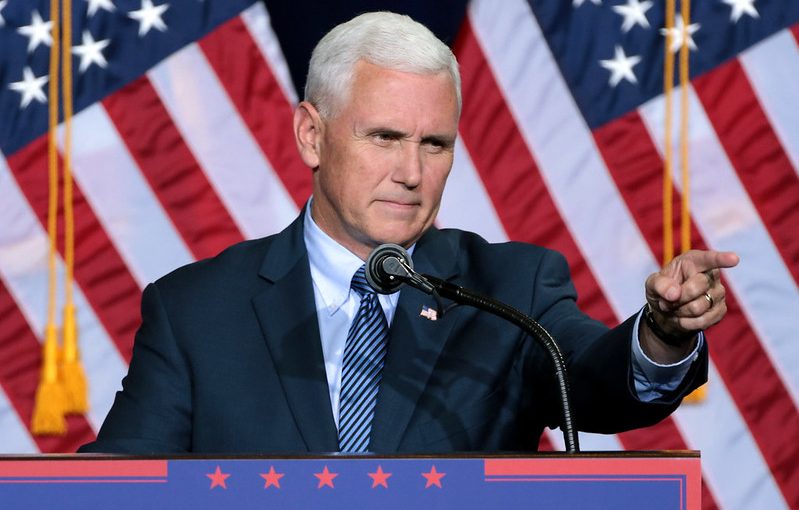 Who is Mike Pence? Well, he is the 48th Vice President of The United States, former member of congress and former governor of the sate of Indiana. But who is he? If you don’t know anything about VP Pence, don’t be surprised. The media generally doesn’t have much to say about him, instead focusing on his boss Donald Trump.

The Pence we see is usually two or three paces away from Trump, smiling and nodding at the appropriate time with his focus squarely on the president. But who is Mike Pence, beyond the loyal assistant to the man who would make America great again?

Mike Pence is the “real deal”–he is the true conservative that Donald Trump pretends to be. He is a social and political conservative, and by all reports he lives his conservative values. He is reported to have said that he is a Christian, a Conservative and a Republican, and in that order.

Pence was born June 7, 1959 to an Irish Catholic family in Columbus Indiana. He attended Hanover College where he abandoned his Catholicism for a more born-again version of Christianity and in the process “found Jesus.” He then went on to earn a law degree from Indiana University

After a failed attempt to win a congressional seat he became a conservative radio talk show host from 1990-1994. This gave him exposure and let him begin to build his own connections among conservatives. Finally in 2001 he was elected to the House of Representatives where he remained until 2013. In 2013 Mike Pence became the governor of Indiana where he remained until he joined Donald Trump on the Republican ticket in 2016.

When he was in office, Governor Pence enacted a clear Conservative agenda on such issues as:

Governor Pence also vetoed the settling of Syrian refugees in Indiana to protect the people of Indiana.

It might be said, and has been said, that Donald Trump hijacked the Republican Party for his own nationalist agenda. His fights with America’s allies and his trade war with China are prime examples of this. But Trump is all about Trump. The people on the Right know this.

There is a good chance that the Republican Party will be in ashes in 2021, having been defeated across the board in the 2020 elections.

And who will step from the shadows to rally and rebuild? Why VP Mike Pence, of course. Who is Mike Pence? He is the man in waiting, and he believes his time will come. Soon.

Any thoughts on this? Log in and let us know.