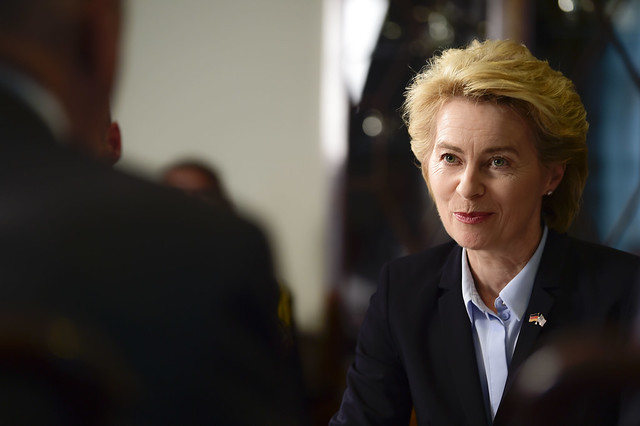 Germany’s defense minister, Ursula von der Leyen has been narrowly elected to be the first female President of the European Commission. Von der Leyen will assume office 1 November 2019, one day after Britain’s promised departure from the EU.

Mrs. von der Leyen is a loyal ally of German Chancellor Angela Merkel and has held several important positions including the Ministry of Labor and the Ministry of Defense since 2013. As defense minister she performed oversight on military procurement and managed the withdrawal of German forces from Afghanistan.

Von der Leyen, 60 is the daughter of a career civil servant. She attended the London School of Economics and Hanover Medical School where she received her M.D. She is married to a fellow physician with whom they have 7 children. In addition to German, she speaks French and English.

As President of the European Commission, it is likely that she will continue to focus on women’s rights and environmental issues as well as strongly supporting European unity. Mrs. von der Leyen was though to be a strong candidate to replace Angela Merkel as German chancellor, but now it looks like her career will be capped with another and different challenge of equal, if not greater, importance.

Photo: Archive of the Sec. of Defense via flickr